This is the introduction to a new series, Death Before Dishonor. As always, you may click on images to view larger versions.

I first wrote about Dishonored (in two parts) in the early days of this blog. I’d always meant to return, especially since it has two highly regarded pieces of story-driven DLC, and its sequel enjoyed even more praise, even topping some lists of the best games of 2016.

Dishonored, of course, is a game about a corrupt government illegitimately seizing power, catastrophically mishandling a deadly epidemic, and serving their own selfish purposes while leaving the populace to die. Sound familiar? Players then get to become an assassin with weird magical powers and take their revenge on those holding the city hostage. The prospect sounds incredibly cathartic, in 2020.

When playing stealth games, I tend to try for perfection, re-loading a saved game if I bungle a sneaky takedown or stumble into a guard’s path. When I first played Dishonored I tried to make myself abandon this habit, instead improvising my way out of the situation if I got caught. But I abandoned that idea almost immediately. I managed to stop myself from re-loading when I made a mistake, but after getting into a fight and taking a lot of damage I would be loath to save the game again. I soon realized that, after things went bad, I wasn’t really trying to pull through, but rather just waiting to be killed so I could re-load the game without breaking my self-imposed rule. Eventually I just broke down and returned to my old, perfectionist habits.

But, as I wrote in my earlier posts, I really did want to try playing through Dishonored without this crutch. Unlike many stealth games, Dishonored offers so many tools to use when fights break out. Players can even forgo stealth entirely, slicing through enemies with their sword and using magical powers to overwhelm opponents. A stealthy approach is great fun, but it means not using a decent chunk of protagonist Corvo’s arsenal. It also means it’s relatively easy to achieve the game’s “low chaos” ending, since players never get into any fights. This time, I want to really try to do it. I want to play Corvo as someone who doesn’t intend to kill anyone, but is often forced to when things don’t go according to plan.

I realized there is only one way to make myself commit to this choice. I need to not use quick-saves at all. If I know that death will send me back to before my error, I’ll never be fully invested in surviving after making a bad mistake. But if death means starting the whole mission over from the start — and missions in Dishonored are quite large — I won’t be in a hurry to give up. My Corvo will embark on his tasks with the best of intentions, and then things will go wrong, and he will have to live with the consequences of that. He will likely still die a bunch of times, but this will mean going all the way back to the start of the mission and trying again. Not to the latest auto-save, or story point. The whole mission. Eventually, Corvo will achieve his objectives, but he may leave more corpses in his wake than he wanted. I expect this will make for an even more interesting game. 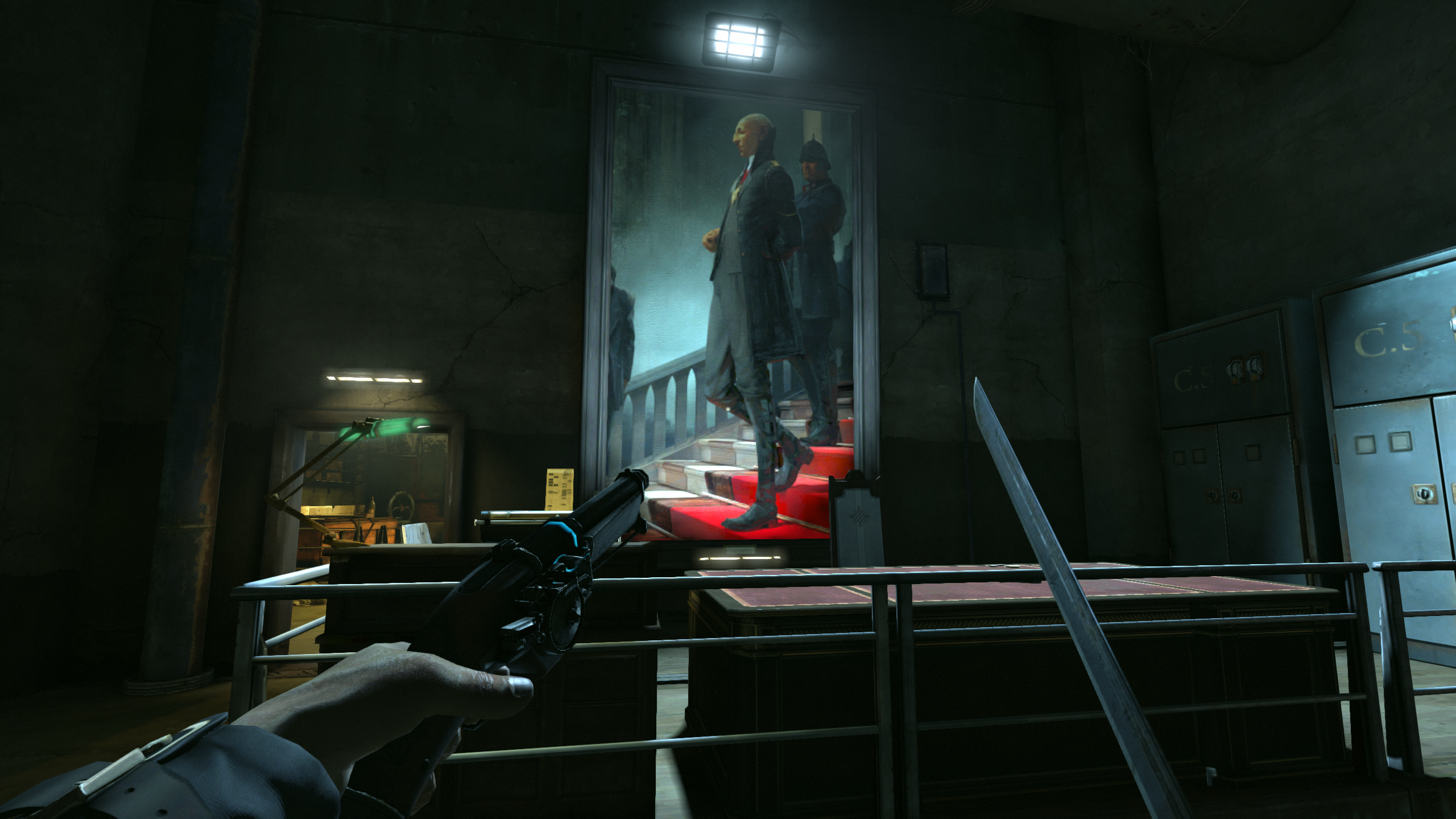 So, I am starting a new series called Death Before Dishonor. In it, I will chronicle my attempts to defeat the tyrannical government of Dunwall as peacefully as possible, and how those plans inevitably go awry. I’m not sure how many entries there will be; I’m tempted to write one for each mission, in more of a diary style, but I’ll have to see how things go as I play. I do think, however, that it will be entertaining. I hope you agree.

When I’ve finished Dishonored, I plan to dive into the DLC packs, both of which are reputedly very good, perhaps even better than the base game. In these, players no longer control Corvo, but a new protagonist who I’ve heard is less of a boring blank slate. I’m not sure if I’ll play through those adventures with the same rules, I’ll have to see what they’re like. But I do intend to head straight into the DLCs once I’ve finished the base game, because if I take a break to play other things I may never find my way back. So, whether they’re part of Death Before Dishonor or appear as more traditional posts, my thoughts on the DLCs will be written here after I’ve finished my second run through Corvo’s story. Stay tuned for that, and for Death Before Dishonor to officially kick off soon.

Scratching That Itch: Build Your Own Apocalypse