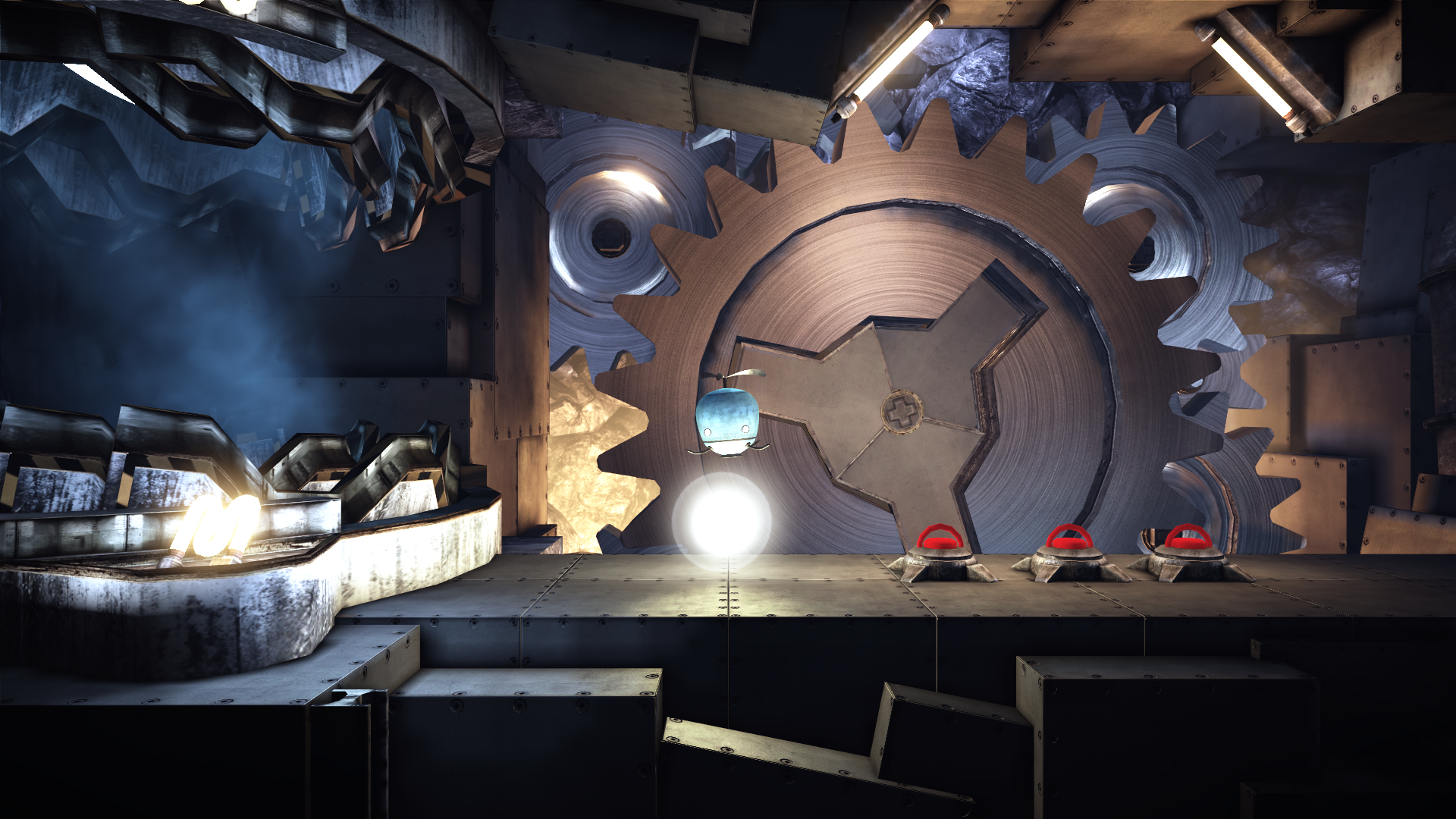 Please remember that you can click on images for larger versions. It’s worth it for these, trust me.

So, it turns out that Unmechanical is not really a platformer. I knew it was about a little flying robot, but I thought it would be similar to Nimbus in that the robot would constantly be fighting against gravity as it navigated through the areas in the game. This is not the case; the robot is happy to remain perfectly stationary in mid-air when I stop pressing the arrow keys. The only similarity with a platformer, then, is the side-on viewpoint. I didn’t let that stop me, though, because Unmechanical charmed me from the get-go, and didn’t stop until I had finished the game.

END_OF_DOCUMENT_TOKEN_TO_BE_REPLACED 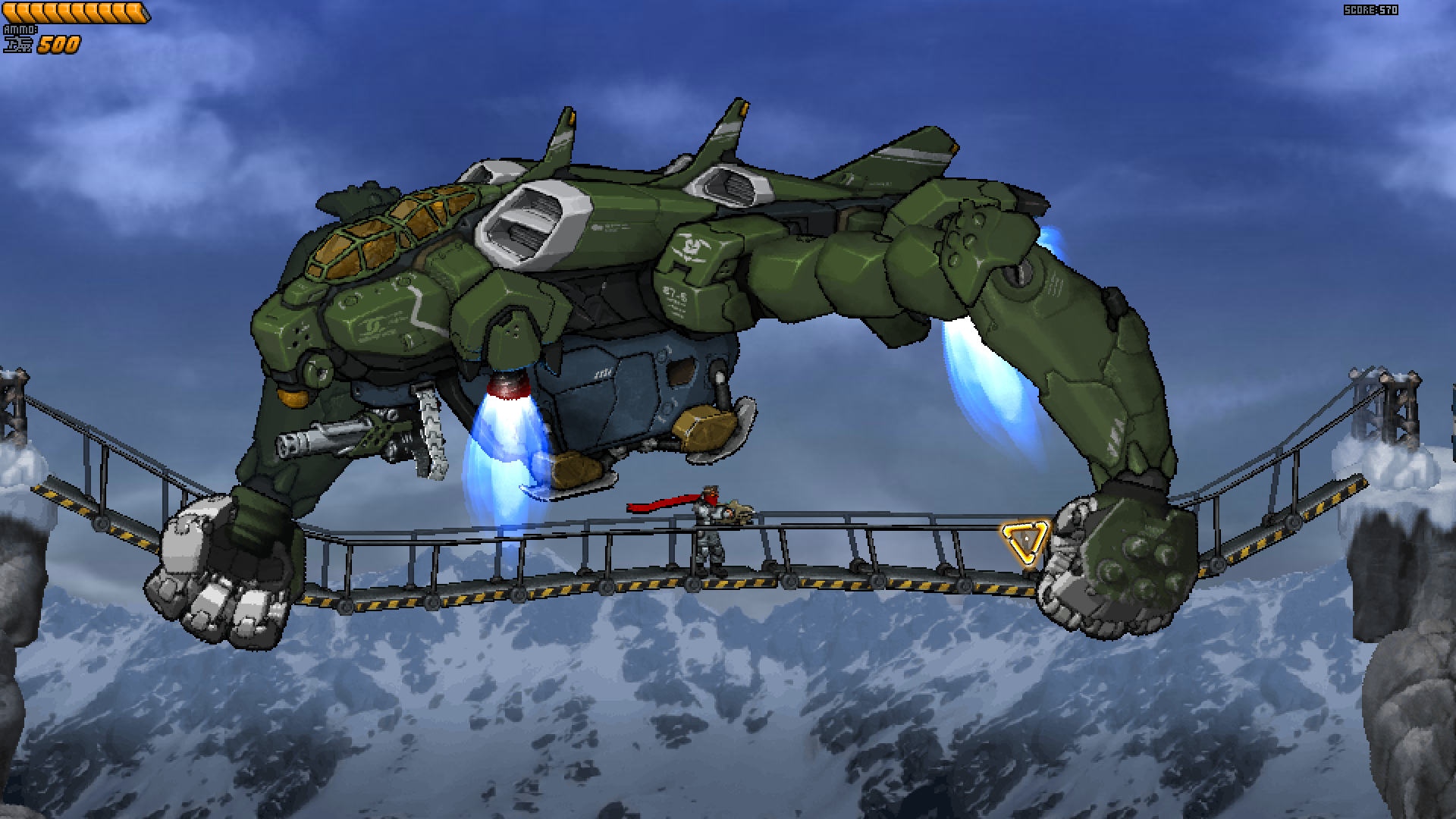 Here are some things I did in Intrusion 2:

END_OF_DOCUMENT_TOKEN_TO_BE_REPLACED 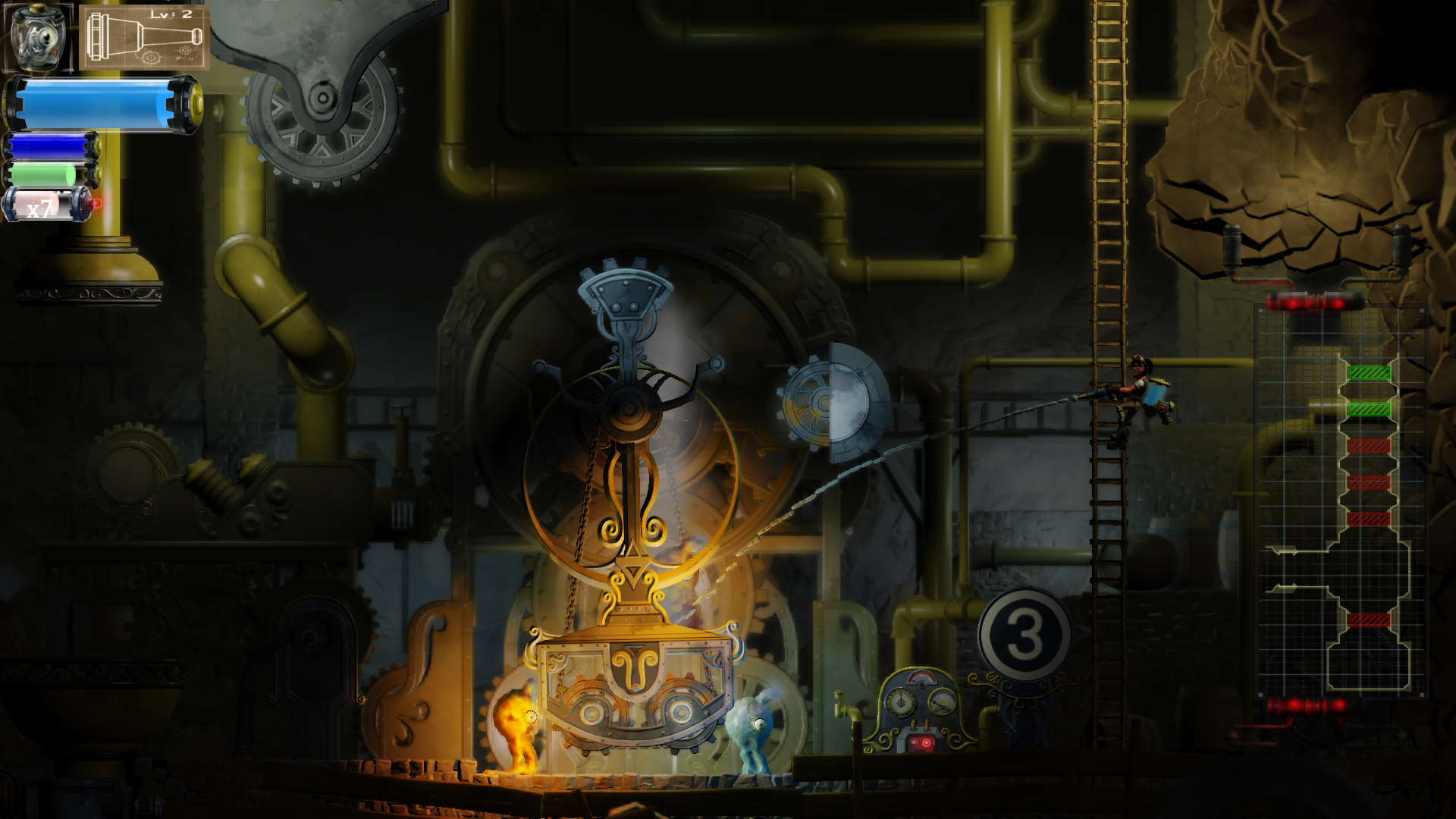 Please remember that you can click on images for larger versions.

Games have always had a certain obsession with water. Water is notoriously difficult to model, so game designers have sought all sorts of tricks to make it look more realistic. Early attempts were often simple flat planes, with a change of the color palette (and sound effects) to indicate when the player was submerged. Later, pre-made looped animations could create impressive waterfalls or rivers, but these failed to respond believably when the player or another object interrupted the flow. Even modern games like Skyrim use different methods to make the water look and feel realistic with varying degrees of success; advanced mathematics determine how the liquid surface reflects light, which looks stunning, but most bodies of water are still flat planes with canned wave animations. Water that actually behaves realistically is virtually unheard of in games.

Things are moving ever forwards, of course. From Dust has some pretty cool water and lava physics, and fancy new graphics tech can render some fantastic-looking water in real time, although it’s not in any games yet. But while realistic water in a three-dimensional environment may still be in the early stages, some two-dimensional games already offer real fluid dynamics. Vessel is such a game.

END_OF_DOCUMENT_TOKEN_TO_BE_REPLACED 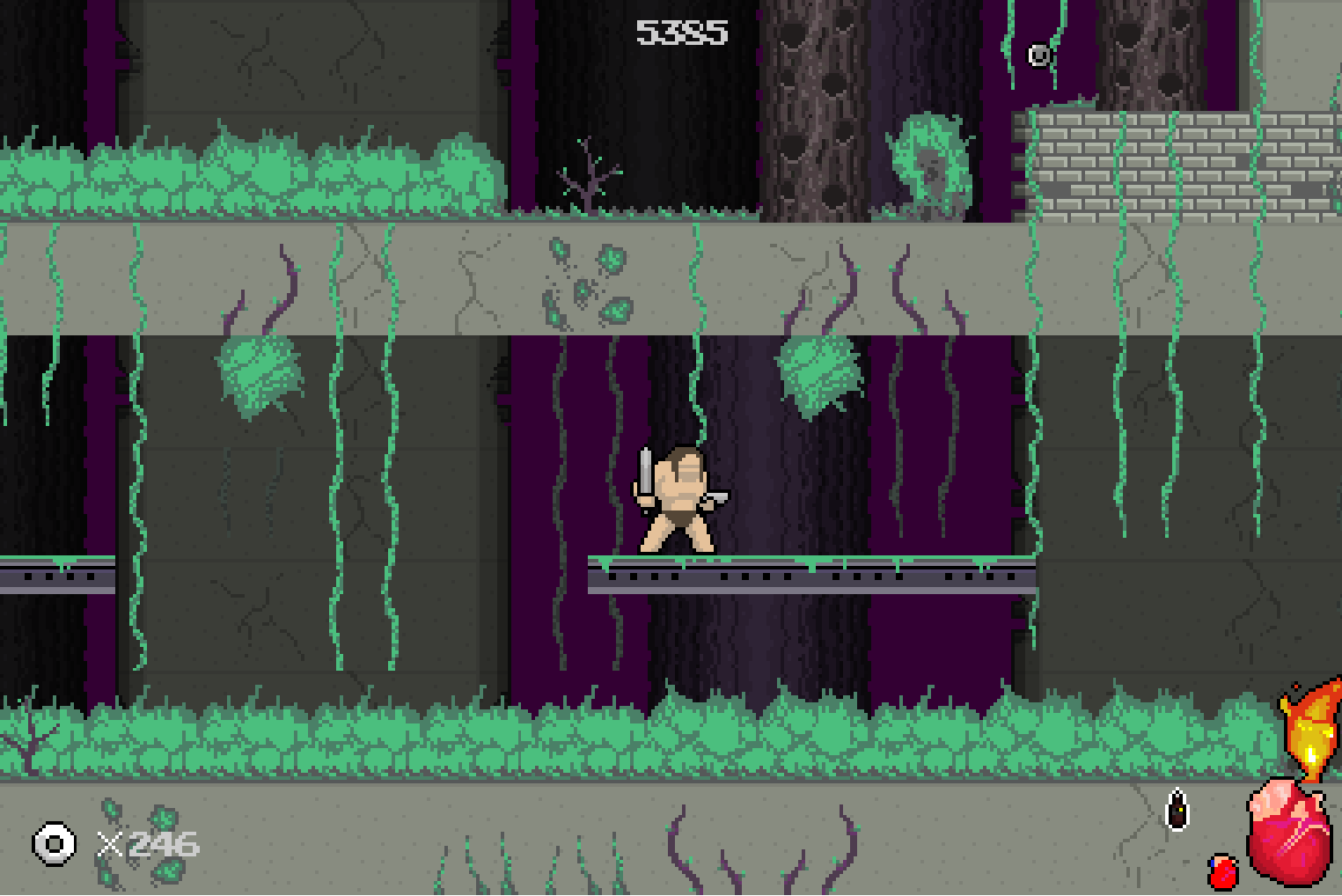 Unlike the rest of the games in the Marathon, Barbarium was actually released after the Marathon started. That was still over two months ago, however. This is why I used the word Marathon for this series. Anyway, Barbarium is the first game from Hypnohustler Games, which is actually a single person with no prior programming experience. It’s quite impressive, considering, and I’m not surprised it took two years to make.

As the title suggests, it’s a game about a barbarian. By which I mean a huge, hulking man wearing nothing but a fur speedo, carrying a big sword in one hand and a laser pistol in the other.

Oh yeah, there are laser pistols too.