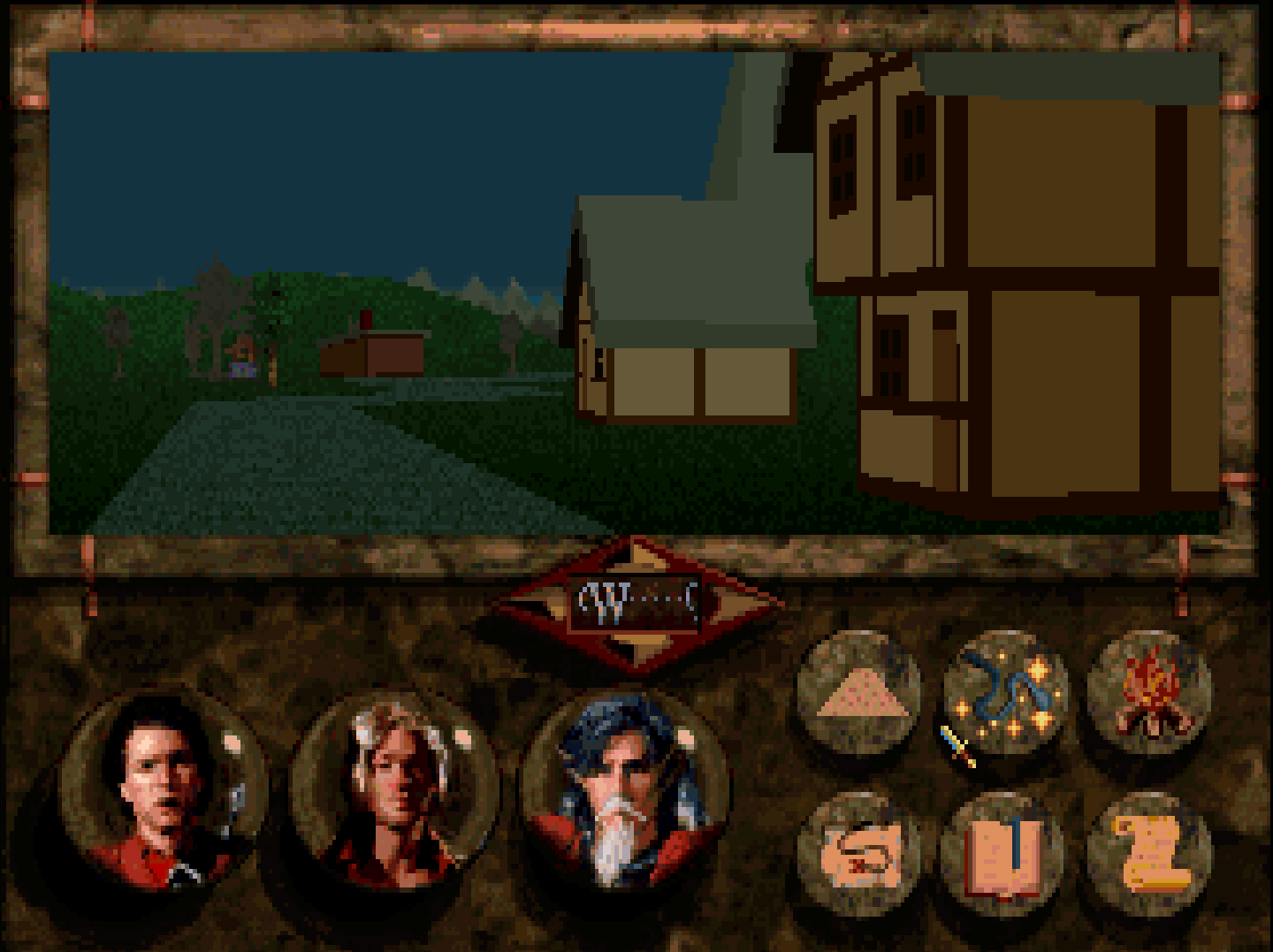 New readers may wish to read my History Lessons Introduction first. Also be sure to read part 1 before continuing. Later entries are here: part 3, part 4. Other History Lessons posts can be found here.

At the end of part 1, I was marveling at Betrayal at Krondor’s open world, which left me free to wander the length of the Kingdom instead of attending to my rather pressing business. This is certainly not an unfamiliar concept; most recently, Skyrim embraced the same philosophy, and I’ve written about it at length. But in 1993, when Betrayal at Krondor was released, it was a more novel notion. Or at least, providing a world that feels like a real place populated by real people was. Other role-playing games, like Might and Magic: Book One, gave the player a world to wander freely, but these were abstractions — Might and Magic’s tile-based world was a symbolic representation rather than a realistic one, full of random battles with strange beasts and a lot of other things that didn’t really make sense. Today’s games, like Skyrim, instead try to offer a believable place to explore, with a recognizable landscape and culture. I was quite impressed with Skyrim’s achievement in this regard. So playing Betrayal at Krondor, which was one of the first games to try it, has been fascinating.

END_OF_DOCUMENT_TOKEN_TO_BE_REPLACED 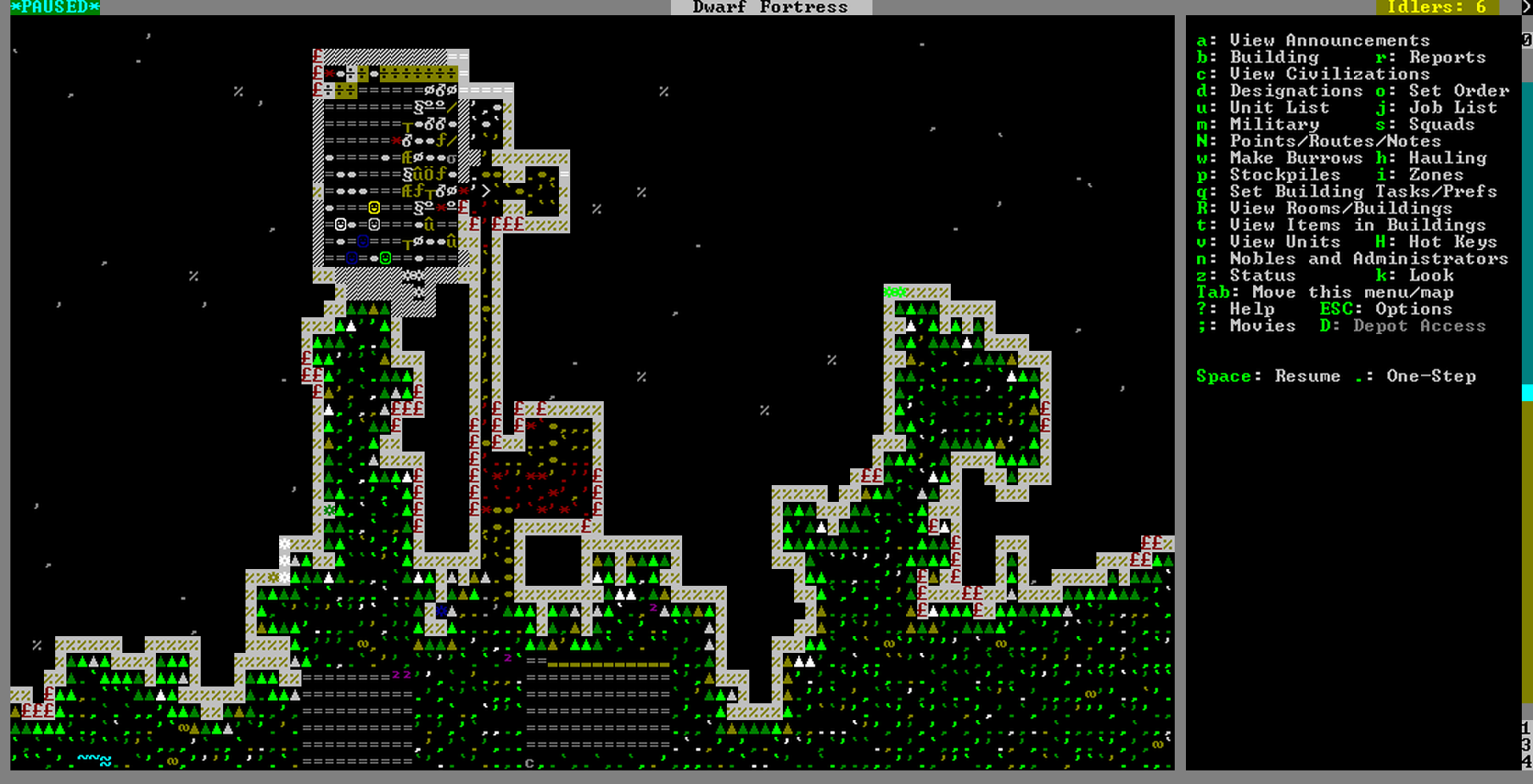 As always, you can click on images for larger versions.

It’s high time I wrote about Dwarf Fortress. What is Dwarf Fortress? It is gigantic, confusing, insane, and legendary. It has been the work of Bay 12 Games, consisting of two brothers — Tarn Adams, who does all the coding, and Zach Adams, who provides input into the design — for the past ten years. And they have every intention of working on it for another twenty. During this time they have lived entirely off of donations from players, with Dwarf Fortress itself being offered, in its still-incomplete state, for free. The business model is a modern equivalent of Renaissance patronage, with a loyal community happy to support the project and Bay 12 Games, in return, keeping healthy communication with these fans about future plans for the game. Many mistakenly believe that Dwarf Fortress is a roguelike, possibly due to its top-down ASCII graphics (OK, technically Code Page 437 if you want to get picky), and its Adventure game mode does indeed qualify as such, but Dwarf Fortress is far more (and far more interesting) than that. It is one of the most fascinating games ever made.

I tried to play Dwarf Fortress many years ago and didn’t get very far. So I tried again with the latest release, colloquially known as DF2012, this time determined to see my fortress to the bitter end. I failed to do that, but decided to write about the game anyway.