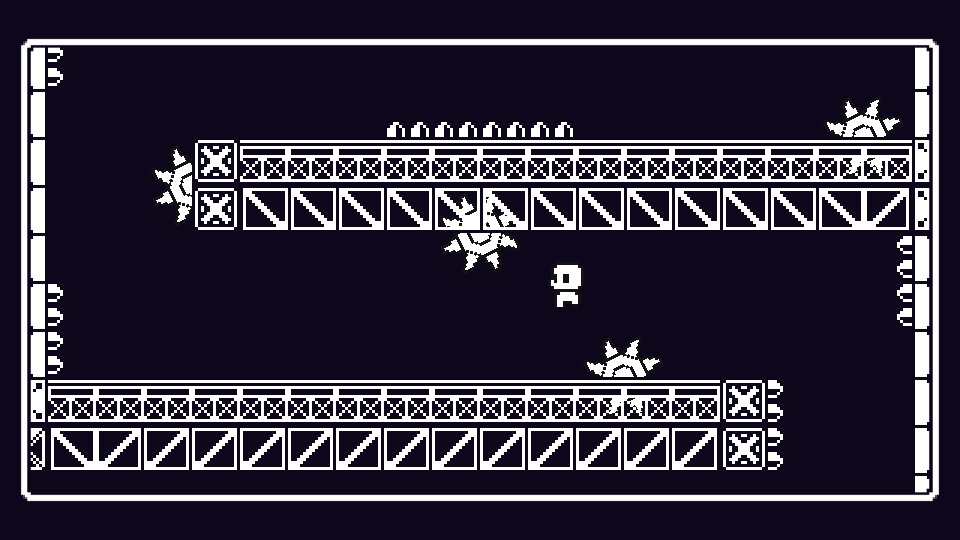 This is the one hundred forty-second entry in the Scratching That Itch series, wherein I randomly select and write about one of the 1741 games and game-related things included in the itch.io Bundle for Racial Justice and Equality. The Bundle raised $8,149,829.66 split evenly between the NAACP Legal Defense and Education Fund and Community Bail Fund, but don’t worry if you missed it. There are plenty of ways you can help support the vital cause of racial justice; try here for a start. Lastly, as always, you may click on images to view larger versions.

This random selection from the itch.io Bundle for Racial Justice and Equality has leapt into view through a narrow gap between spinning saw blades. It’s Daydreamour, by Moon Metro Digital, and its tagline in the bundle reads:

A 1-bit micro platformer about daydreams of parkour

Ah, I see what the title is doing now.

That “1-bit” in the tagline refers to the fact that Daydreamour only uses two colors, which can be encoded in a single bit of information: black and white, one and zero. Made in about five days for a game bundle, Daydreamour is a short (roughly fifteen minutes) precision platformer, in the style of games like the magnificent Celeste. Players control a game developer trapped in his parkour daydream, navigating a dangerous factory full of spikes and spinning blades by running, double jumping, and leaping off of walls. You know the drill. 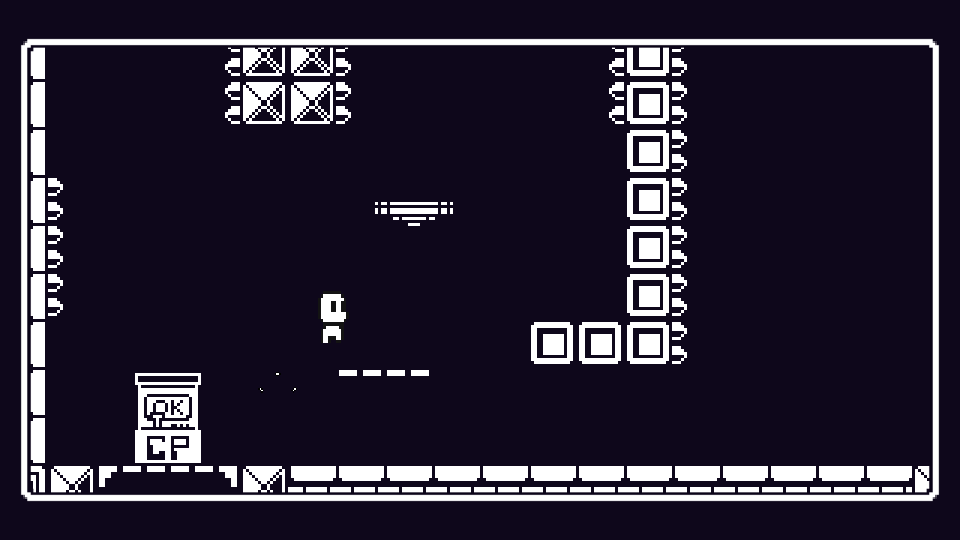 Daydreamour doesn’t actually feel that much like parkour to me, though. When I see videos of parkour practitioners, I’m struck by the fluidity of their movements, as they vault across urban spaces without ever breaking stride or losing their momentum. The protagonist of Daydreamour moves with a slower, more measureed pace, his jumps feel carefully considered, his running takes a moment to get up to speed. This isn’t necessarily a bad thing. In fact, I really like the way Daydreamour feels to play. It’s calmer than many precision platformers, giving players enough time to plan and execute their moves. The protagonist’s double jump is very generous too. In most platformers, the protagonist can only do one double jump before needing to land on a platform again, but in Daydreamour wall jumps also “recharge” the double jump, allowing for a lot of aerial acrobatics. I surprised myself by making it quite far before I finally flubbed a jump and had to restart from a checkpoint. That started to happen a lot more frequently towards the end, however, when things get surprisingly tough.

Some of that stemmed from mild frustration with the checkpoint system. Checkpoints are just far enough apart that I found myself repeating a sequence of challenges only to fail the final one, and then I’d rush impatiently through the earlier ones and make mistakes. Some of the later challenges involve timing, with the protagonist leaping through a gauntlet of traps while trying to keep up with a moving platform, which had to arrive at that next pit at the same time so he could leap off of it again. After failing this, I would sometimes respawn without the moving platform nearby, and would have to wait for it to come around again. That led to more impatience and more mistakes, and left me stuck on this sequence for longer than I would have liked. 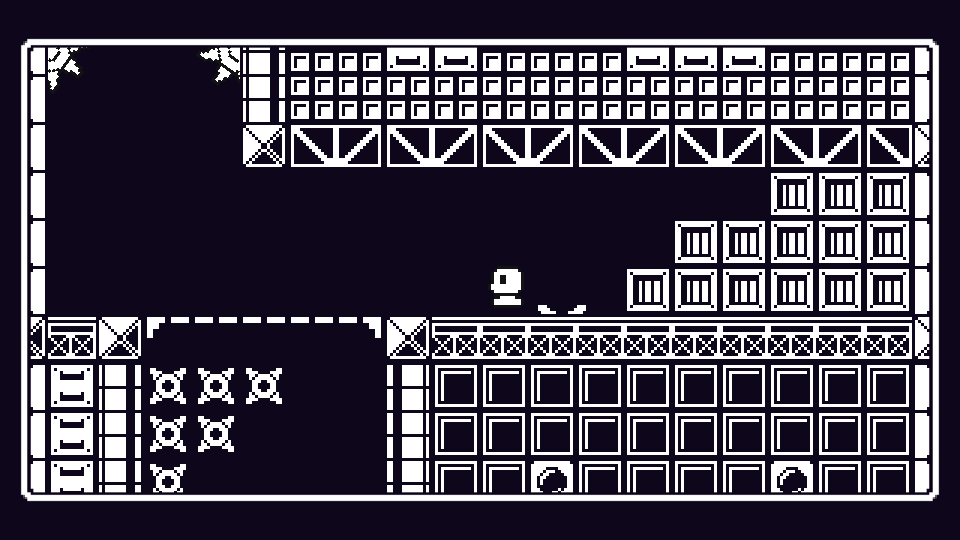 This is but one sign that Daydreamour had a short development time. It runs in a small window (960 x 540 resolutoin) that cannot be resized, its keyboard and gamepad controls cannot be rebound, and there are no audio options whatsoever. Although I should say I really liked the music, consisting of chill low-fi synthesizer melodies, and was surprised to discover that it was AI-generated by Ecrett Music. I guess that’s one way to source music quickly. The itch.io page for Daydreamour is full of comments from Moon Metro Digital promising to make quality of life updates to the game, but it seems these may have never come to pass. A note near the top says the updates are on hold until further notice.

But this should not be held against it. Precision platformers live and die based on how they feel to control, and Daydreamour feels really good. The protagonist has palpable weight and momentum, and his running and jumping felt instinctual almost immediately. I didn’t mind that I’d seen the same obstacles before in other games — the moving platform being used as a timer is a common mechanic, as are the platforms that toggle in and out of existence each time the protagonist jumps — because the core of Daydreamour is so solid. It simply feels good to jump through its obstacle course, and I was more than willing to forgive a few annoyances. Daydreamour doesn’t overstay its welcome, either. I finished in 13 minutes and 44 seconds, having perished 18 times. I could probably go back and improve that a lot, too. It’s perfect for anyone who wants a coffee break sized dose of precision platforming, rather than diving into a huge game. If that’s you, definitely check it out. If you missed Daydreamour in the bundle, it’s sold for any price you wish to pay, including free.