Scratching That Itch: The Secret of Tremendous Corporation 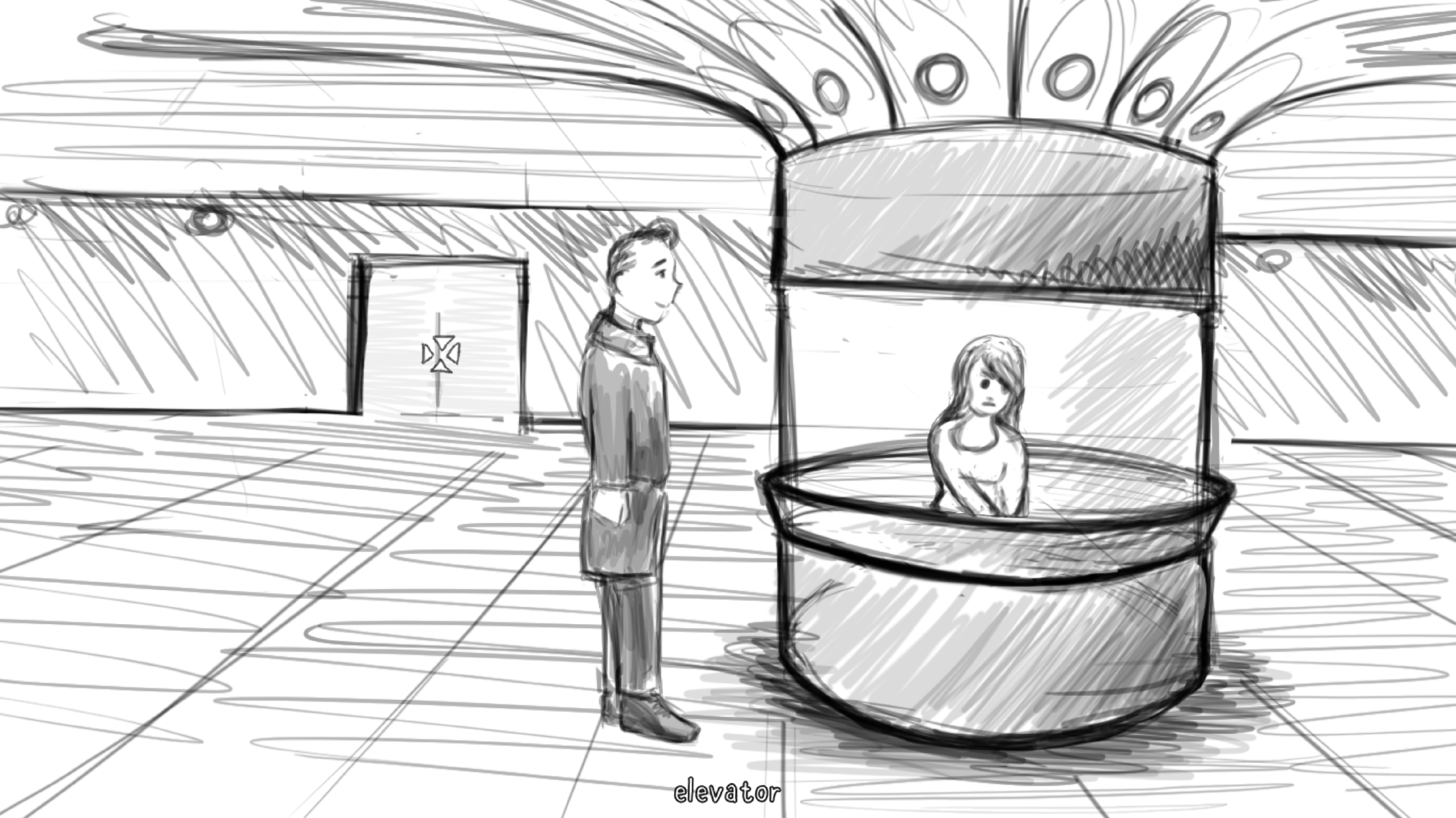 This is the forty-second entry in the Scratching That Itch series, wherein I randomly select and write about one of the 1741 games and game-related things included in the itch.io Bundle for Racial Justice and Equality. The Bundle raised $8,149,829.66 split evenly between the NAACP Legal Defense and Education Fund and Community Bail Fund, but don’t worry if you missed it. There are plenty of ways you can help support the vital cause of racial justice; try here for a start. This particular entry in the Scratching That Itch series is also an honorary member of the Keeping Score series, which discusses games and their soundtracks. Lastly, as always, you may click on images to view larger versions.

It’s time for another random selection from the itch.io Bundle for Racial Justice and Equality. It’s The Secret of Tremendous Corporation, by dos (along with Konrad Burandt and Paweł Radej). Its tagline in the bundle reads:

Discover the legendary Secret™ and save the game industry!

Very well, dos. I guess I can find time in my busy schedule to save the game industry.

I was a little concerned by this focus on the game industry, actually. Partly because games that are about making games often come off as self-aggrandizing, like those Hollywood movies that are about making Hollywood movies and always do well at the Oscars since Hollywood folks enjoy seeing movies about themselves. But also because an inflated sense of the importance of games and the gaming industry is a common trait amongst some of the more vile denizens of the internet, those who complain when games dare to seek different audiences or display progressive views, and who insist that Gamergate was based on legitimate concerns instead of barely masked bigotry and hatred. Fortunately, The Secret of Tremendous Corporation is not like this at all. Rather, it’s more of an anti-corporate statement, criticizing freemium games that brazenly manipulate players through compulsive designs, and championing indie development as an alternative. I should have realized that the angry game bigots I was afraid of would never go near a bundle based on racial justice and equality. 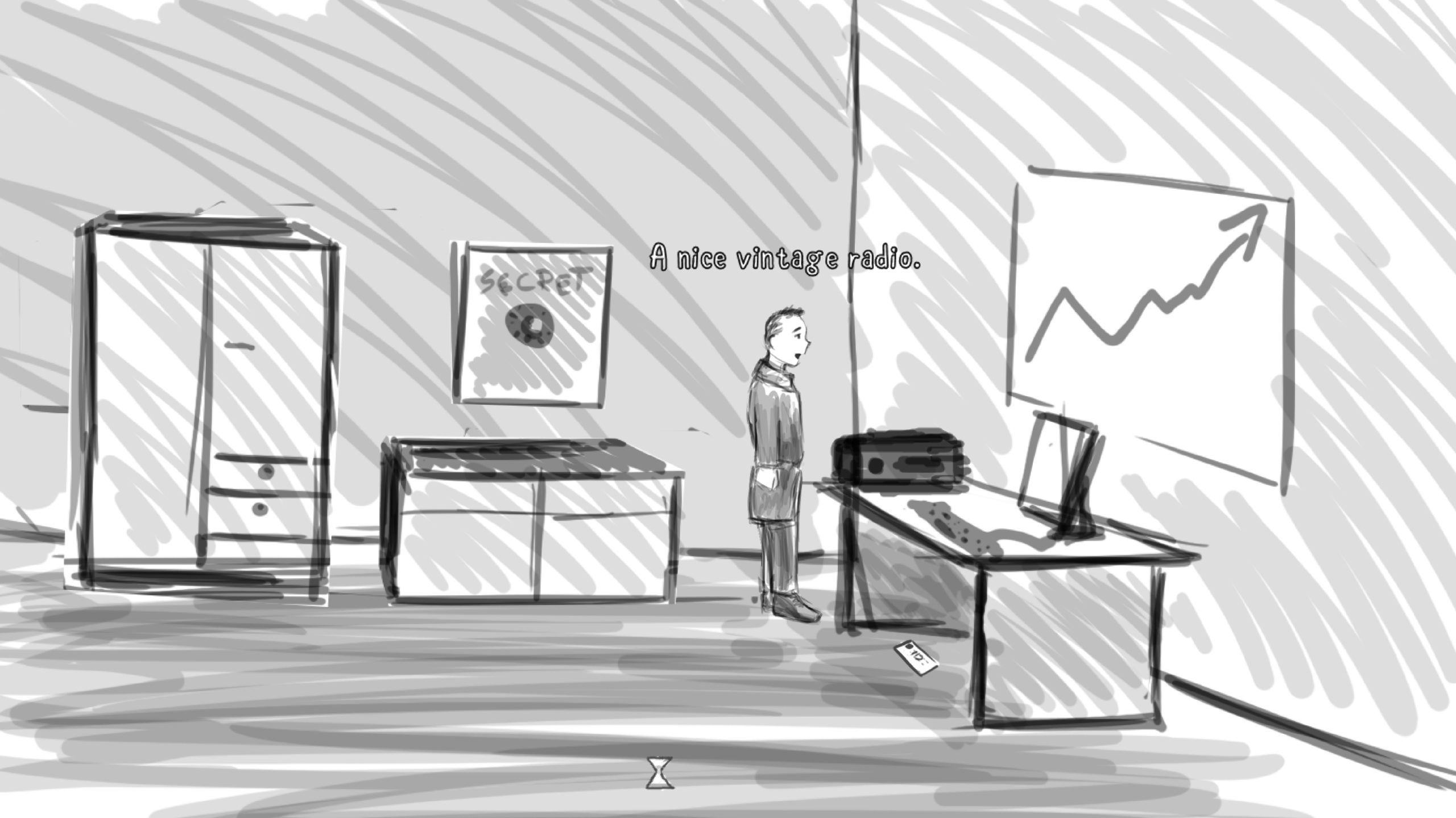 The Secret of Tremendous Corporation is a point and click adventure game, the second to appear in Scratching That Itch so far (the first being the very first entry, Time Stone). Originally made in 48 hours for the Global Game Jam 2015 — specifically the local event in Poznań, Poland — this version is apparently spruced up a little. I thought that, like Time Stone, it was made with Adventure Game Studio, but it actually uses SLUDGE, which I’d never heard of before. The Secret of Tremendous Corporation includes source files for both the game and the SLUDGE engine, in case players want to try coding some things themselves, and the soundtrack and even a piece of DLC are included as well. As far as I can tell, the DLC simply gives the protagonist a hat, so it’s really more of a joke about freemium game design again, where players are roped into buying little cosmetic add-ons like this. But the whole package is quite generous, especially considering that it lets players name their own price (although a minimum of $1 is needed to nab the DLC and soundtrack). I did get an error when first launching the game, but was able to fix it by installing OpenAL, which it needs to run.

The hand drawn pencil art for characters and scenes in the game looks great, but animations are pretty simple, often just a few jerky frames. I didn’t mind, it’s part of the charm. Players control Max Burton, who is excited for his first day as an intern at Tremendous Corporation, the giant company that controls all game development in this near future setting. First let me say that Tremendous Corporation is a fantastic name for an evil corporation, and gives an idea of the tone of the game as a whole. While I never found it laugh-out-loud funny, it is silly and lighthearted throughout, and manages to drop several jokes into the proceedings. Max arrives at Tremendous Corporation to find games being made on a literal production line, complete with conveyor belt. Games are churned out nonstop, to keep everyone hooked, but our protagonist’s excitement is undimmed. That is, until he hears about a resistance movement, searching for Tremendous Corporation’s Secret (not to be confused with a lowercase secret) that has allowed them to completely dominate the market. 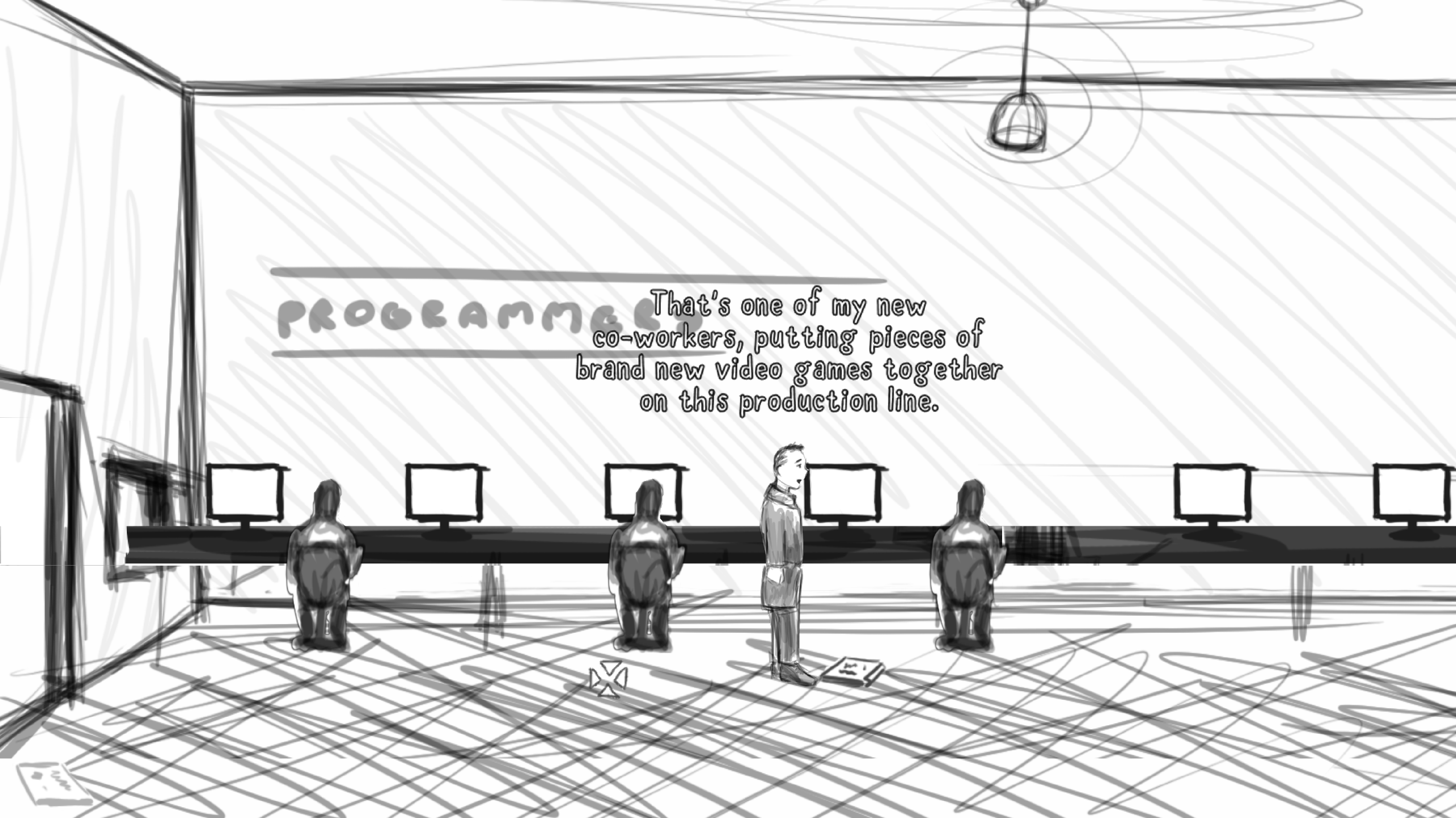 It’s a short game, so I can’t really say any more without spoiling things. The action takes place across a few locations, and in classic adventure game fashion players will collect items and use them in unusual ways to solve puzzles. Some solutions mostly make sense, others lean towards the absurd, but the whole game is small enough that I was never stumped for long. With only a few items and other characters to talk to, I was able to try things out when I wasn’t sure what to do, and soon arrived at the correct course of action. None of these were so strange that I couldn’t see the reasoning behind them, but it helps to have some sense of the genre’s predilection for roundabout ways to bypass obstacles.

I liked this one. It’s solidly designed and just the right size, doesn’t take itself too seriously, and is well written despite a few hints that English is not the authors’ first language. If you feel like taking down a giant game corporation so people will be free to make indie games like this one, give The Secret of Tremendous Corporation a look. If you missed it in the bundle, it is (as mentioned above), available for any price you wish, although a minimum of $1 is needed to nab the DLC and soundtrack. Speaking of which… 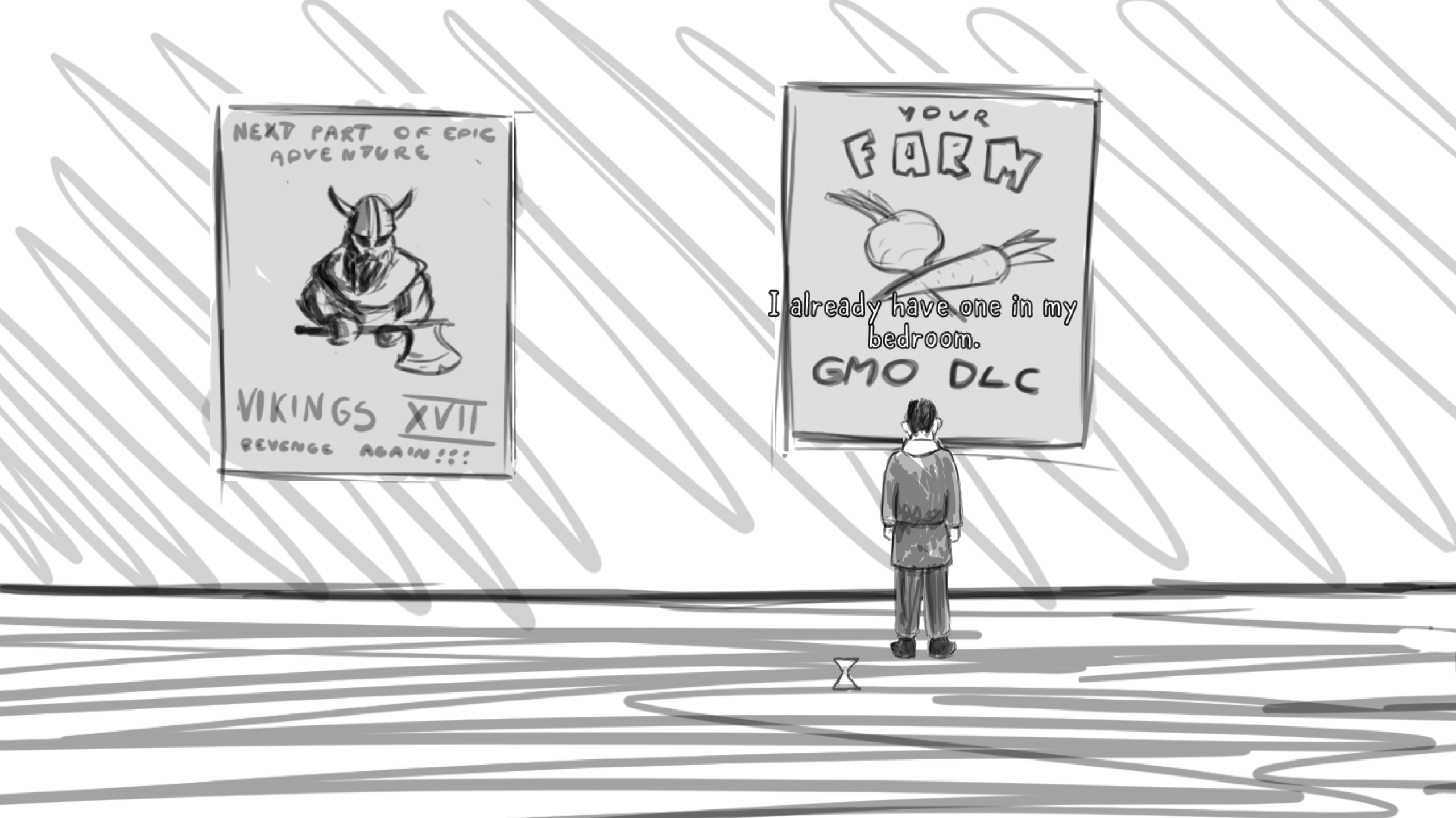 The Soundtrack of Tremendous Corporation (also available separately) features 14 tracks, clocking in at just over a half hour in length. Most of these are from Kevin MacLeod, a composer whose royalty-free music also graced the thirty-eighth entry in Scratching That Itch, Purple Chicken Spaceman. In fact, the brass-heavy tension-building “Volatile Reaction” appears in both games. Most of MacLeod’s music here, however, is jauntier, with walking bass lines and bright guitars and organ. These accompany most of the playable scenes in the game, and make for great background music while solving puzzles. Some mellower pieces appear as well, like “Sneaky Snitch” which sounds like it came straight out of a heist film, perfect for stealthy espionage, or “Nile’s Blues”, a slow blues jam. I have a soft spot for “Deep Haze”, a moody and brooding piece with a floaty reverb-heavy guitar that made me think of some of the music from Iconoclasts. To round it all off, there’s the synth-driven funk of “Your Call”, because apparently no Kevin MacLeod soundtrack is complete without a bona fide funk jam.

A few tracks aren’t from Kevin MacLeod, however. One is credited to Jakub Marszałkowski, another local game developer in Poznań, while two — actually vocal and instrumental versions of the same song — come from lead developer dos himself, under his Behedos moniker. I think only the instrumental appears in the game itself, as I would have remembered the Polish vocals. It’s a short song, I think played entirely on mandolin, and is actually quite nice. 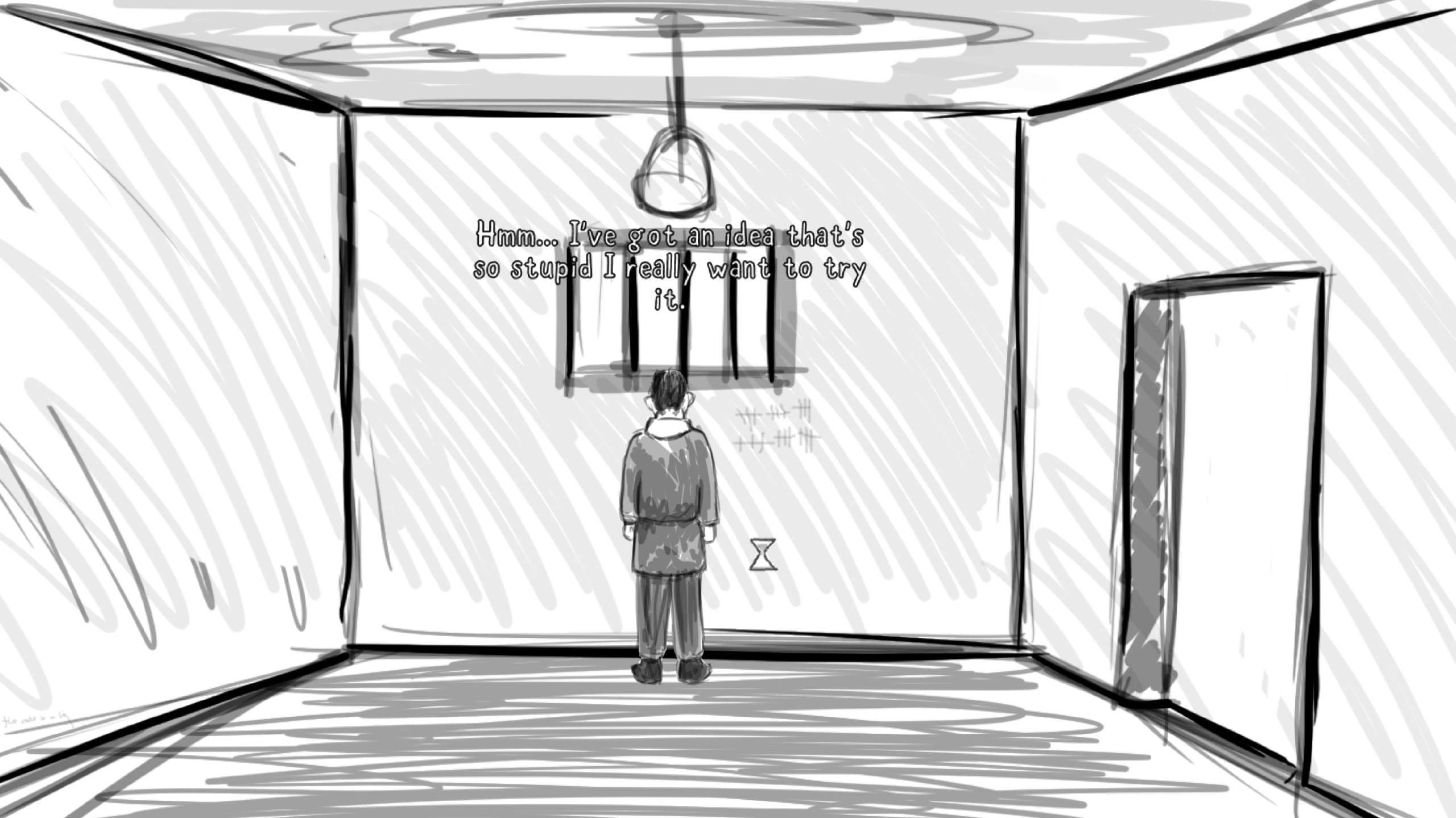 Overall, it’s a good soundtrack full of instrumental pieces that will be welcome additions to my collection. Check it out if you bought the bundle, or if not, you can stream it over on Bandcamp before making a purchase.