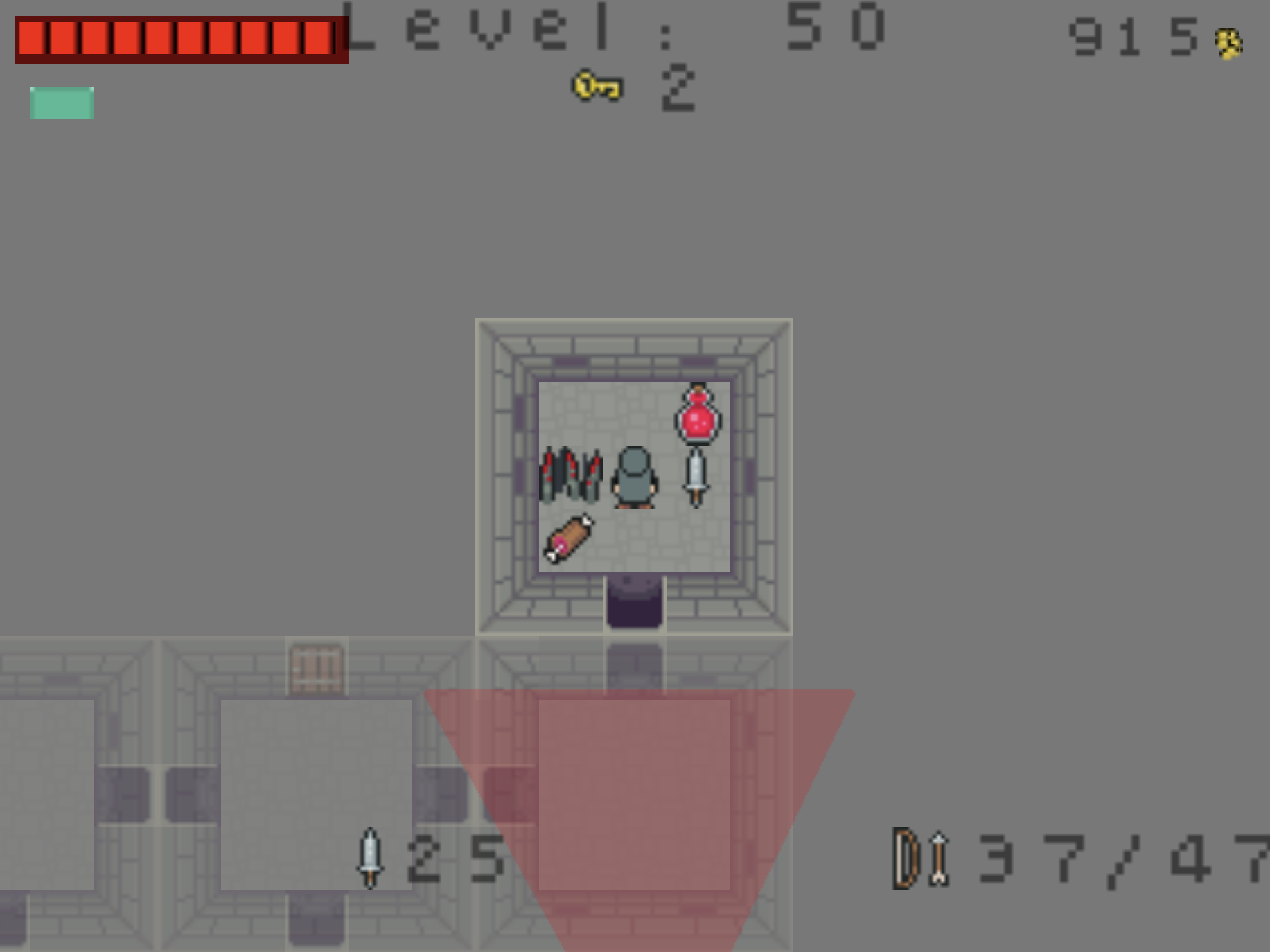 This is the thirty-fifth entry in the Scratching That Itch series, wherein I randomly select and write about one of the 1741 games and game-related things included in the itch.io Bundle for Racial Justice and Equality. The Bundle raised $8,149,829.66 split evenly between the NAACP Legal Defense and Education Fund and Community Bail Fund, but don’t worry if you missed it. There are plenty of ways you can help support the vital cause of racial justice; try here for a start. Lastly, as always, you may click on images to view larger versions.

Are you ready for another random selection from the itch.io Bundle for Racial Justice and Equality? It’s ARGH-P-G, by liamtwose. Its tagline in the bundle reads:

ARGH-P-G certainly is fast paced. Players select either a Paladin, Rogue, or Mage and send them into the dungeon to fight monsters and find loot, as per the usual. The selected hero navigates the small dungeon floors room by room, each filled with static features to interact with. Some are monsters, which wait in their rooms to either be battled or evaded. But most are scenery objects to be searched. Crates, rocks, barrels, rubble, bones — just press the appropriate direction button on the numpad (or click on the objects) and the hero rummages through to reveal hidden loot within. Don’t expect to sift through heaps of items carefully comparing stats, however. Loot in ARGH-P-G is limited to healing items, keys, or pickups that permanently boost the hero’s attack or defense values, and all of them are used instantly as soon as players bump into them. 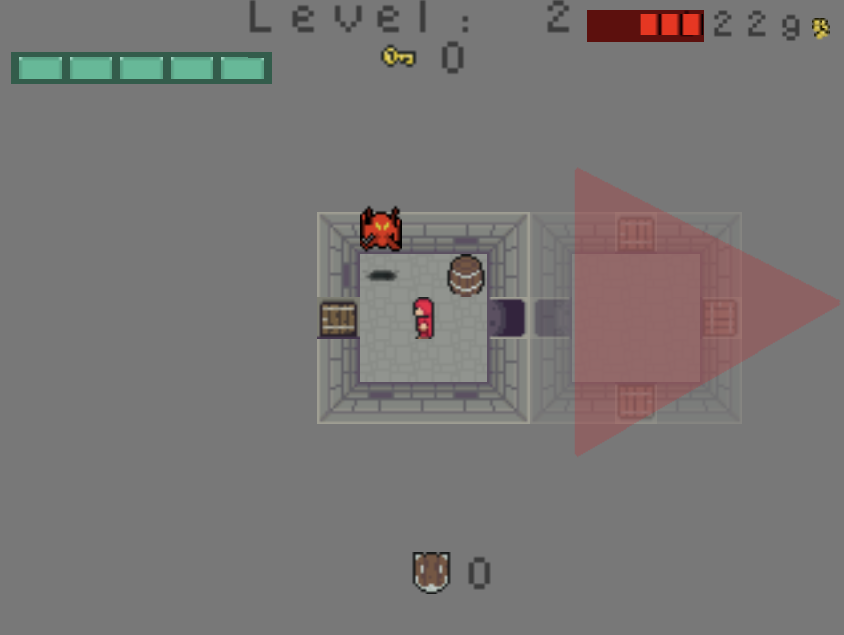 This means exploration is incredibly fast. Move into a new room, bump all the stuff in it, then bump any items that are revealed, then move to the next room. If there’s a monster, players can bump it to fight it, sometimes several times until either it or the hero is dead. If the hero was victorious, they can bump the monster’s remains to search for any loot it might have been carrying. During my play it was common to clear a dungeon floor like this in less than a minute, before heading to the next.

The different characters behave differently, but it wasn’t clear how they all worked. The default Paladin has decent starting attack and defense, but I had to learn by trial and error how much punishment each enemy type could take, since there’s no visible health indicators for them. The strategy seems to be about gauging threats and deciding when to rush through and when to stand and fight, and smart timing for picking up health-restoring items. Some enemies damaged by Paladin’s defense rating in addition to doing damage, but I never figured out what the defense rating does. My attempts ended quickly as I was testing things out, and I had even less time to try the Mage, because I had no idea how to use magic. I eventually learned from the itch page comments that the number keys (1-5) can cast spells, but I never understood quite how they work, other than that they use a limited mana pool that must be replenished with potions. Before I had a chance to mess with any of that, however, I tried a Rogue, and, well. The Rogue can basically waltz through the whole dungeon without taking a scratch. 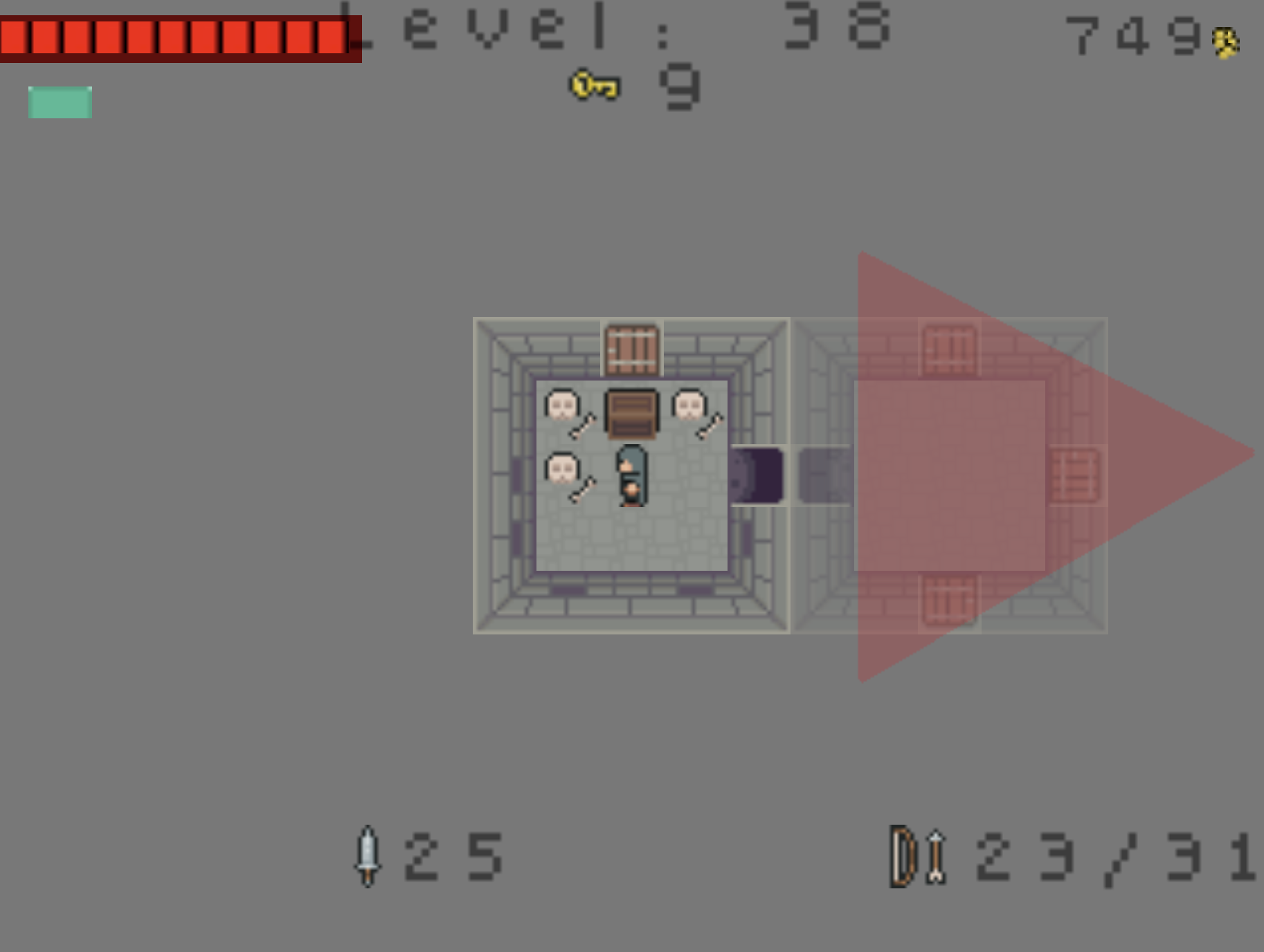 The Rogue, you see, has a limited number of arrows, and will automatically fire them at any enemies in a room, killing them instantly. Search everything diligently and the Rogue will keep finding more arrows, never facing any danger from monsters whatsoever. By the time I finally ran out of arrows as the Rogue I was deep into the dungeon and had boosted my attack to high levels, so I was able to slug it out with a few monsters before finding more arrows again. It’s basically easy mode, and I had no trouble getting all the way to the bottom of the dungeon. Where the game just kind of stops.

Quitting and reloading the game (or refreshing the webpage, if playing in a browser) will keep the player’s progress, simply restarting a fresh dungeon floor at whatever depth they’ve reached so far. This is useful when, for example, the path forward is blocked by a weapon pickup which can’t be picked up because the Rogue’s attack is already at maximum, making it impossible to proceed. But it also meant I couldn’t start over to try the other characters again, because my Rogue was still alive, doomed to forever repeat the final floor of the dungeon over and over. Death would be the only way out of this, but with an expanded quiver of arrows found on my descent there was little chance of that, unless I stumbled upon a trap. I wasn’t particularly inclined to try for it. 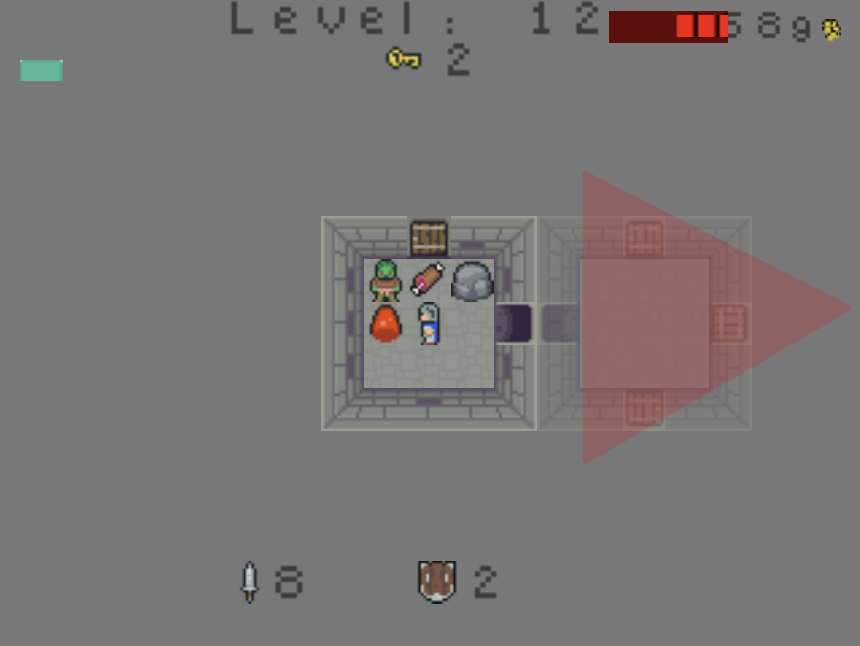 ARGH-P-G is a very simple game, then, with some rough edges. It’s made with Construct 3, a game-making tool based on HTML5, which means it can run in a browser as well as a standalone application. I used the latter, which opens in a small window by default. It can be resized to fill the screen but does not use native fullscreen, and some of the UI elements moved out of frame when I maximized the window, which made things a little awkward, especially for my first attempts when I couldn’t see my character’s health bar. There’s no music and only very simple sound effects, and no animations. When opening a locked door, the view shifts as if the hero had moved through the door, but they’re still in the previous room, which is jarring. Getting stuck behind items is annoying, as was a weird bug that occasionally saw my Rogue refuse to fire arrows after having just refilled their quiver. And of course, a way to manually quit a run and start over as a different character would be welcome.

But ARGH-P-G sure is fast. Fast enough that it’s hard to begrudge its rough aspects or barebones design, simply because it doesn’t waste players’ time. Want to explore a dungeon in a few minutes? Go for it. It won’t last long enough to get frustrating, and if it gets too repetitive it’s easy to just drop it and come back later. A little thing to play during a break from something else. Nothing fancy. It’s about as stripped back as the dungeon crawling game style can get, but these games are mainstays for a reason. Even the simplest ones can be diverting enough for a short play, and ARGH-P-G doesn’t outstay its welcome. If you want to give it a look but you missed the bundle, that’s no problem because ARGH-P-G is offered for free. 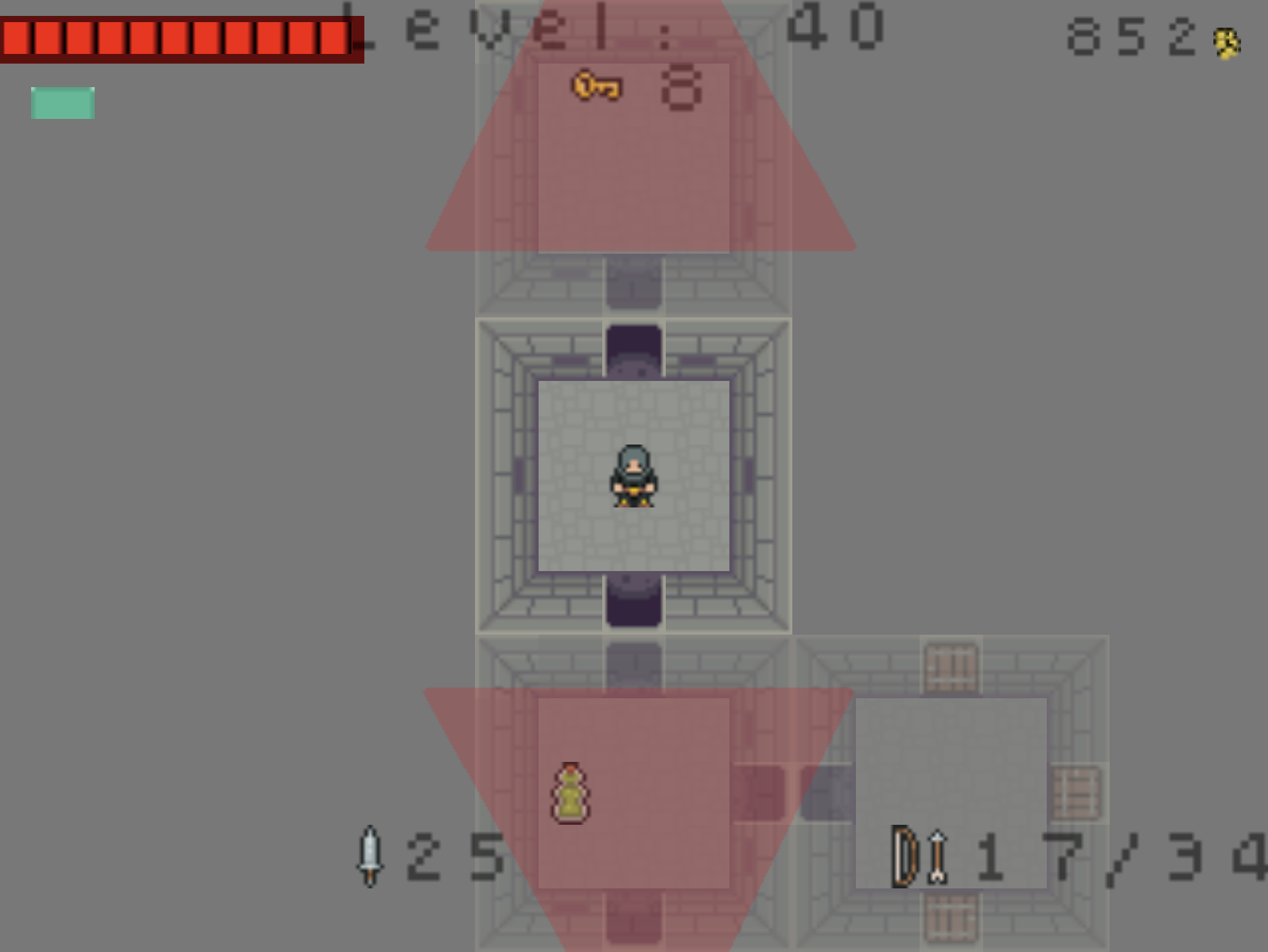 That’s 35 down, and only 1706 to go! Which means we’ve passed another milestone, having officially covered 2% of the bundle! So how are we doing in the fight for racial justice? Well, the big news in the United States of course is the recent presidential election, in which Joe Biden and Kamala Harris defeated Donald Trump and Michael Pence. But Donald Trump is still president at the moment, and he has so far refused to concede the election, leading some to warn of an attempted coup. Most Americans seem to think a coup in America is impossible, but events have unfolded with alarming similarity in the lead up to political coups in other parts of the world, and I honestly wouldn’t be surprised. Trump has acted like a fascist for his entire term, and I wouldn’t put it past him to try to seize power.

I guess we’ll see how that plays out, but even if Biden is sworn is as the next president, I’m not sure it will mean much for racial justice. He’s certainly better than the Trump administration, but Biden is a centrist politically, which makes him very conservative in comparison to the rest of the world. America’s problems with systemic racism date back centuries, and aren’t going to change unless serious efforts are made, efforts that are mostly to the far left on the political spectrum. It’s also unclear how much the president can do, given that many issues are local, such as reforming police forces. There has been a lot of talk about defunding police, but it’s questionable whether this is actually happening, and whether a change in the federal government will help. Also, control of Congress is coming down to two runoff races in Georgia in January that are extremely close in the polls. If Mitch McConnell remains in his position as Senate Majority Leader he will certainly stop any racial justice efforts in their tracks. 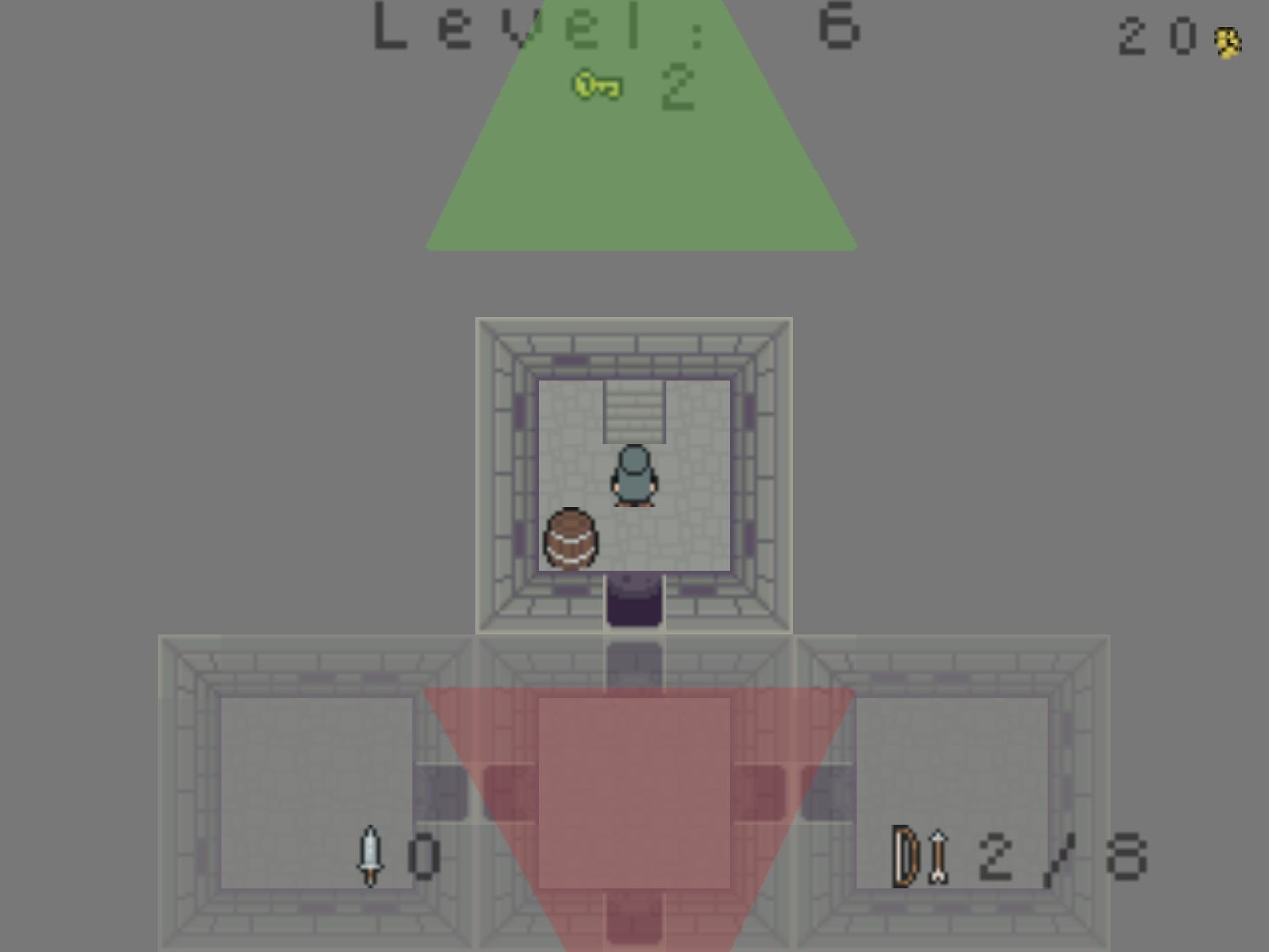 But, if Kamala Harris is sworn in she will be the first ever Black woman vice president (and first ever woman vice president, and first ever Black vice president), and events in Georgia showed how pivotal Black activists and voters have been in this election. If Black people got Biden and Harris elected, we can hope that racial justice causes might take priority in their administration. That’s about as much hope as I can muster right now, as I suspect more time will be spent trying to “heal the divide” in America, which just means pandering to all the angry white people rather than confronting their racism.

We all knew progress would be slow and painful. The important thing is to keep working at it, keep having the difficult conversations about systemic racism, and make sure that the cause isn’t forgotten, lost under a pile of other scandals and atrocities. It’s not enough to be determined to make change for a few brief months, we must be in this for the long haul. Maybe by the time we reach 3% of the bundle I’ll be able to say that some of my fears were unfounded. Onwards.

Scratching That Itch: Layabouts And Degens