Scratching That Itch: Shrine To Anubis 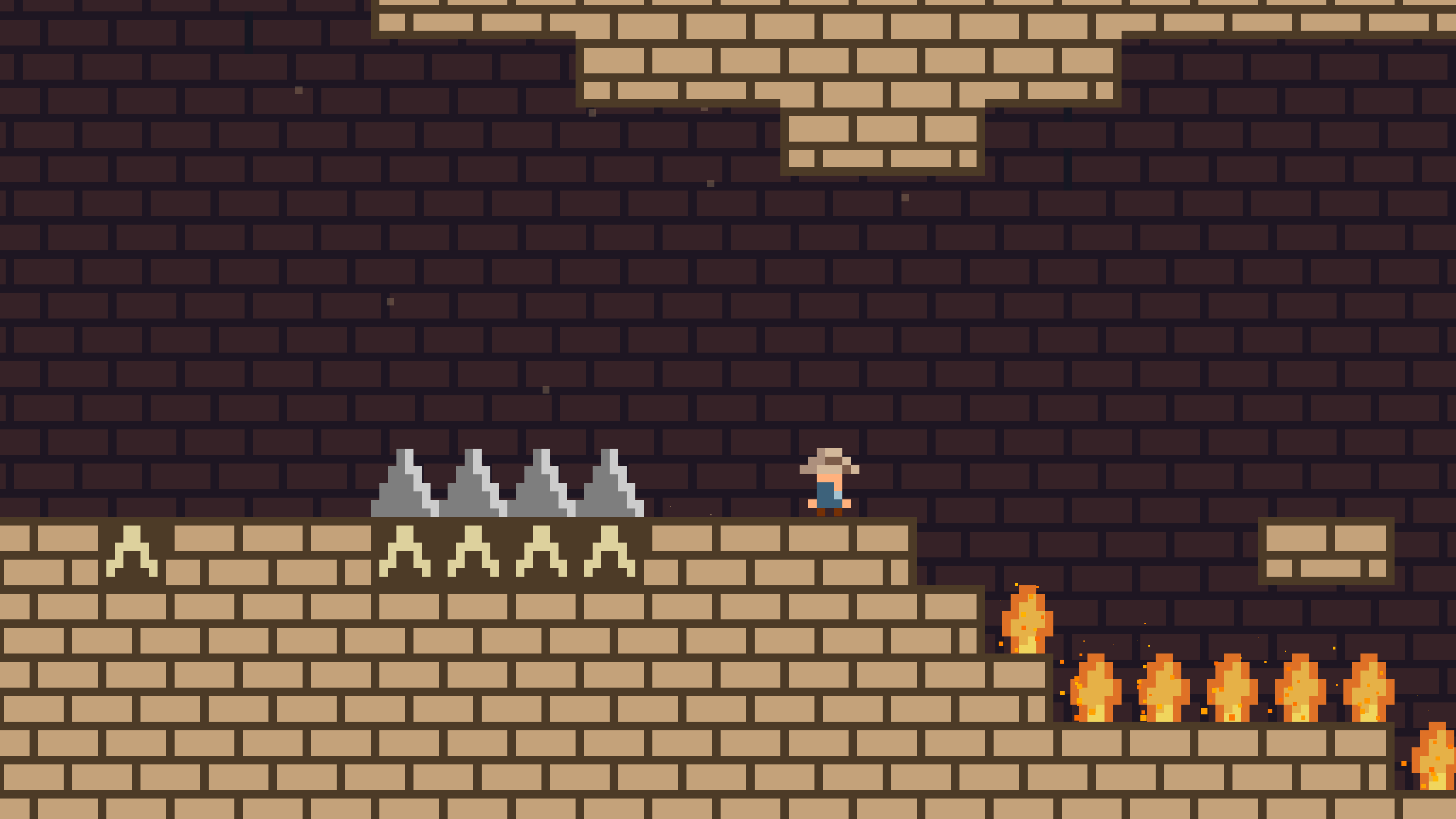 This is the eighth entry in the Scratching That Itch series, wherein I randomly select and write about one of the 1741 games and game-related things included in the itch.io Bundle for Racial Justice and Equality. The Bundle raised $8,175,279.81 split evenly between the NAACP Legal Defense and Education Fund and Community Bail Fund, but don’t worry if you missed it. There are plenty of ways you can help support the vital cause of racial justice; try here for a start. Lastly, as always, you may click on images to view larger versions.

The next random selection from the itch.io Bundle for Racial Justice and Equality is Shrine to Anubis, by Stuart Foley Games. Its tagline in the bundle reads:

It just so happens that Anubis is my favorite canine-headed god! Let’s see how fancy this shrine is.

Shrine to Anubis is a simple platformer starring an explorer delving into an ancient pyramid to find the titular shrine, just to show all those other college professors that the Egyptian gods are real. Yes, it’s another tale of an intrepid white person barging into the holy places of another culture to plunder with abandon, which is sadly an all too accurate reflection of European colonialism, but Shrine to Anubis doesn’t take itself too seriously. It’s clearly inspired more by fantastical stories of supernatural forces and ancient curses associated with the ancient Egyptian pyramids, and I liked that the protagonist’s motivation was to prove that such things actually exist.

Arriving at the temple after crossing the desert in a jeep, our explorer heads inside to find the shrine. While everything is rendered with chunky pixels and the game is clearly constructed from individual blocks, the explorer cam make much smaller movements, making things feel quite smooth in motion. The explorer also has a pleasing sense of momentum, needing a moment to gain speed before making a long jump. There are no fancy moves here, however. Moving left, moving right, and jumping are the only controls, lending Shrine to Anubis the feel of older classic platformers. I do feel that the hitboxes should be a little more forgiving, as I often found myself felled by a spike trap when it seemed I should have been safe. The explorer also interacts strangely with corners at the edges of platforms, doing a little mini-jump when hitting them which can lead directly into danger.

But Shrine to Anubis retains the inherent charm of a simple platformer. The level design is solid and creative. I like the progression, starting with carefully navigating traps, then a dangerous confrontation at the shrine itself, and lastly a tense, rushed escape. The pixel art scales up well to high resolutions, and there are even some fancy-looking particle effects (most notably on arrow traps) that give a modern shine to the otherwise retro-styled presentation. The adventure is short, but varied enough to stay interesting throughout. There are some piles of gold to collect, most of which can be nabbed easily but a few of which are well hidden, encouraging players to poke around and explore carefully. Occasionally these hiding places are impossible to anticipate until after it’s too late, which is annoying, but since there’s not much reason to replay the game other than to find the rest of the gold, it’s hard to be too grumpy about it. 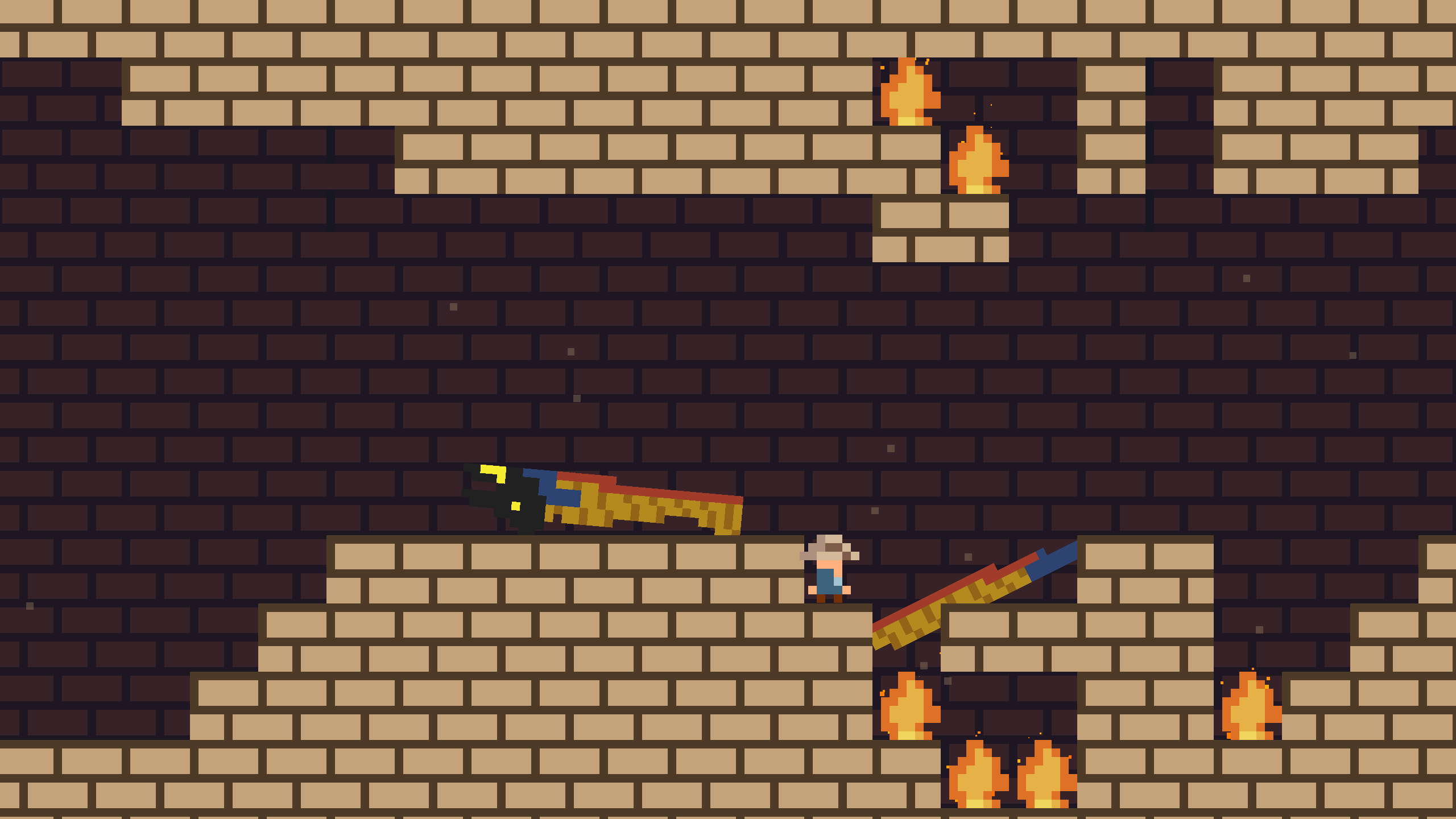 There’s not much else to say. Shrine to Anubis is a simple little game made by a solo developer, offered for a minimum price of $1. If you feel like a short jaunt through a trap-filled pyramid, why not check it out?

Scratching That Itch: The Sword And The Loves