One That Got Away: The Desolate Room 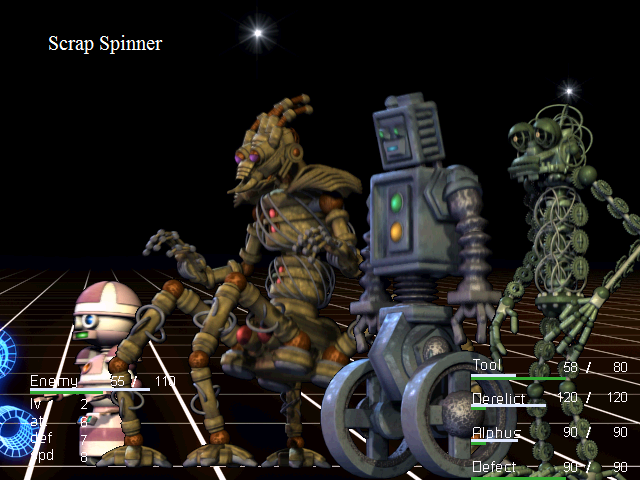 Several weeks ago I saw a post on the IndieGames.com blog about The Desolate Hope, a new freeware game from ScottGames. My first thought was, “is this a sequel to The Desolate Room?” And indeed it is.

The Desolate Room is a very odd freeware role-playing game that I heard about several years ago. With a cool art style and a coffeepot robot protagonist who delves into the memory chips of the other wrecked robots on his tiny island, it certainly seemed intriguing. But I didn’t get far before giving up in frustration. Lots of little aspects of the design combined to stifle my enjoyment, and the game simply never clicked with me.

I did, however, remain intrigued by it. It was one of those games that I wanted to like, just because it’s so different and peculiar, so it stuck in my memory despite the problems I had with it. With the sequel garnering no small praise from a few critics, I decided perhaps it was time to revisit The Desolate Room, to see if I was right to put it down or if there’s a gem somewhere in there after all. So I gave it another go, and this time I managed to stick it out.