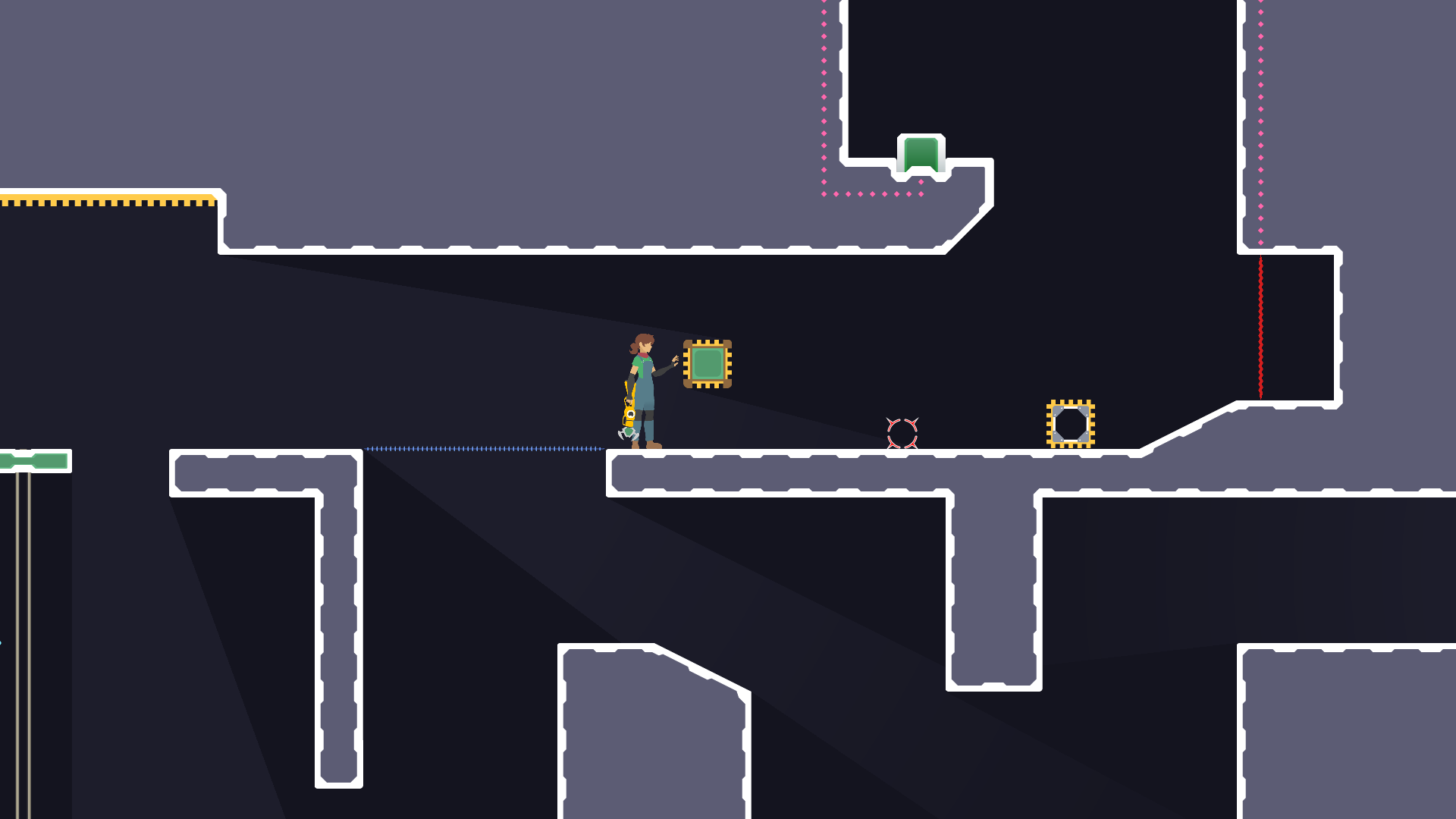 It’s inevitable that LogiGun will be compared to Portal. There are obvious similarities: the test-like puzzle rooms, an antagonist who constantly chimes in remotely, and guns that shoot puzzle-related things rather than bullets (although they do not shoot portals). LogiGun even has a female protagonist like Portal does, although it’s a sad reminder of the state of the games industry that simply having a female protagonist is noteworthy. Many people will likely take a quick look at LogiGun and dismiss it as a Portal ripoff, which is a shame, because LogiGun is actually an excellent game in its own right.

While Portal used the single mechanic of portal generation married with an expertly-designed (and often hilarious) narrative to create a short but brilliant game, Logigun instead embraces a myriad of puzzle mechanics, all of which intertwine to form some truly devious puzzles. LogiGun has not one, but four different guns, and each has plenty of versatility for puzzle-solving. When puzzles start featuring two of them at once, things get wonderfully complex.