This is the one hundred ninth entry in the Scratching That Itch series, wherein I randomly select and write about one of the 1741 games and game-related things included in the itch.io Bundle for Racial Justice and Equality. The Bundle raised $8,149,829.66 split evenly between the NAACP Legal Defense and Education Fund and Community Bail Fund, but don’t worry if you missed it. There are plenty of ways you can help support the vital cause of racial justice; try here for a start. Lastly, as always, you may click on images to view larger versions.

Our next random selection from the itch.io Bundle for Racial Justice and Equality is jabbering excitedly about a stack of printed tables. It’s Schema, by Levi Kornelsen, and its tagline in the bundle reads:

A rules engine for tabletop roleplaying.

That’s right: this one is all rules, all the time.

We’ve seen several tabletop role-playing games so far in this series, but Schema is different in that it is not an entire game itself. It lacks a specific setting, instead aiming to provide a set of rules that players can use for other games or adapt towards some original setting of their own invention. Those rules do require several players, including a Guide who takes the role of the traditional GM, which means that (as usual) I cannot actually play Schema. But I did read through the book and have written about my impressions here.

Central to Schema is the Stakes Sheet. So central, in fact, that it’s given its own separate 1-page PDF file, intended to be printed out and literally placed in the center of the table during play. This sheet lists twelve dangers (e.g. “delay”, “injury”, “expense”) and twelve augments (e.g. “efficacy”, “incitement”, “speed”) from which the Guide may determine various possible outcomes of player actions. The idea is to switch from binary results of success or failure towards more nuanced results, where certain things might be achieved but other complications may arise. For any major player action, the Guide decides on the stakes: a few things will automatically occur, but there will be several dangers and possible augments that could also happen, and the player’s dice roll will decide which. Ideally, Fudge dice will be used, six-sided dice with two “+” faces, two “-” faces, and two blank faces, but standard six-sided dice can be used as well by mapping the numbers to those three possibilities. When a player rolls, any “-” results are used to cancel out dangers of their choice, whereas “+” results add augments of their choice. This provides some control over the outcome of the action.

This will make more sense with an example, which is probably why the book includes so many. One of them describes a player taking their new romantic partner to meet their family, hoping to gain the matriarchs’ approval. The roll ends up encompassing the entire dinner conversation, where a lot of different things might happen. They will automatically get stuffed with food no matter what, but the “affliction” danger on the Stakes Sheet could lead to being even more stuffed, with ramifications the next day. There’s also a “menace” danger in the form of Aunt Maunt, who is easily offended, and “mayhem” which in this case means setting off an old family argument. In this example, the main augment is “efficacy”, which simply means making a better impression on the matriarchs. Based on the player’s skills and conditions (more on those later), they get five dice, and they decide to roll boldly, which will let them reroll any “-” or blank results once. The result is two “+”, two “-” and one blank. With these, the player decides to take “efficacy” twice, to make sure their approval rating gets to the maximum of 3 (the Guide points out that this has its own consequences: now the matriarchs are going to start actively interfering in the couple’s future affairs!), while the two “-” results are used to cancel the “affliction” and “mayhem” dangers. So the final result are some approving matriarchs (perhaps too approving?) and the player not being overly stuffed with food, but at the cost of offending Aunt Maunt. That may come back to bite them later. Other examples work similarly: a combat scenario might involve a roll in which a player ends up taking augments to dispatch a few extra vermin and figure out where they’re coming from, at the cost of taking some wounds and getting infected with a nasty disease.

It’s an intriguing system that’s unlike any I’ve encountered so far. Which also means it’s difficult to gauge how well it would work in practice. There’s a lot of pressure on the Guide to come up with interesting stakes, without which I imagine things won’t really work. The book warns against falling into patterns where every roll is just about avoiding dangers, and players roll cautiously (granting rerolls of “+” and blank results) every single time. Conversely, some players may always try to roll boldly, aiming for flashy moves and tiring themselves out quickly. Many pages are devoted to strategies for assigning stakes, so that players will actually question whether to roll cautiously or boldly, and may face difficult decisions about what consequences are acceptable. The general advice is that actions should not be particularly effective without taking some augments, incentivizing bold play, but that dangers should add up and have serious cumulative effects, “punishing” overly bold players. Given how different the stakes system is from most traditional tabletop role-playing games, however, I believe that players (and especially the Guide) will need some practice before they figure out how to make the rules really click.

Schema also assumes its players are already familiar with tabletop role-playing games. There’s no attempt to describe the basic premise (in short: that players take on the role of a character within a fictional world and narrate their actions in conjunction with the other players, while the Guide facilitates the collaborative storytelling by describing what any non-player characters do and setting stakes for player actions). But I should point out that Schema has been updated since the Bundle was released; I’m reading the “2022a” version. Part of that update is to better integrate it with some other games and supplements by Levi Kornelsen, including Fundamentals Of Tabletop Roleplaying which serves as an introduction for new players. None of these other works are included in the Bundle, but, like Schema, they are completely free to all, so there’s nothing stopping you from grabbing them. They may help players who are intrigued by Schema but need a little more guidance for setting up their first game. 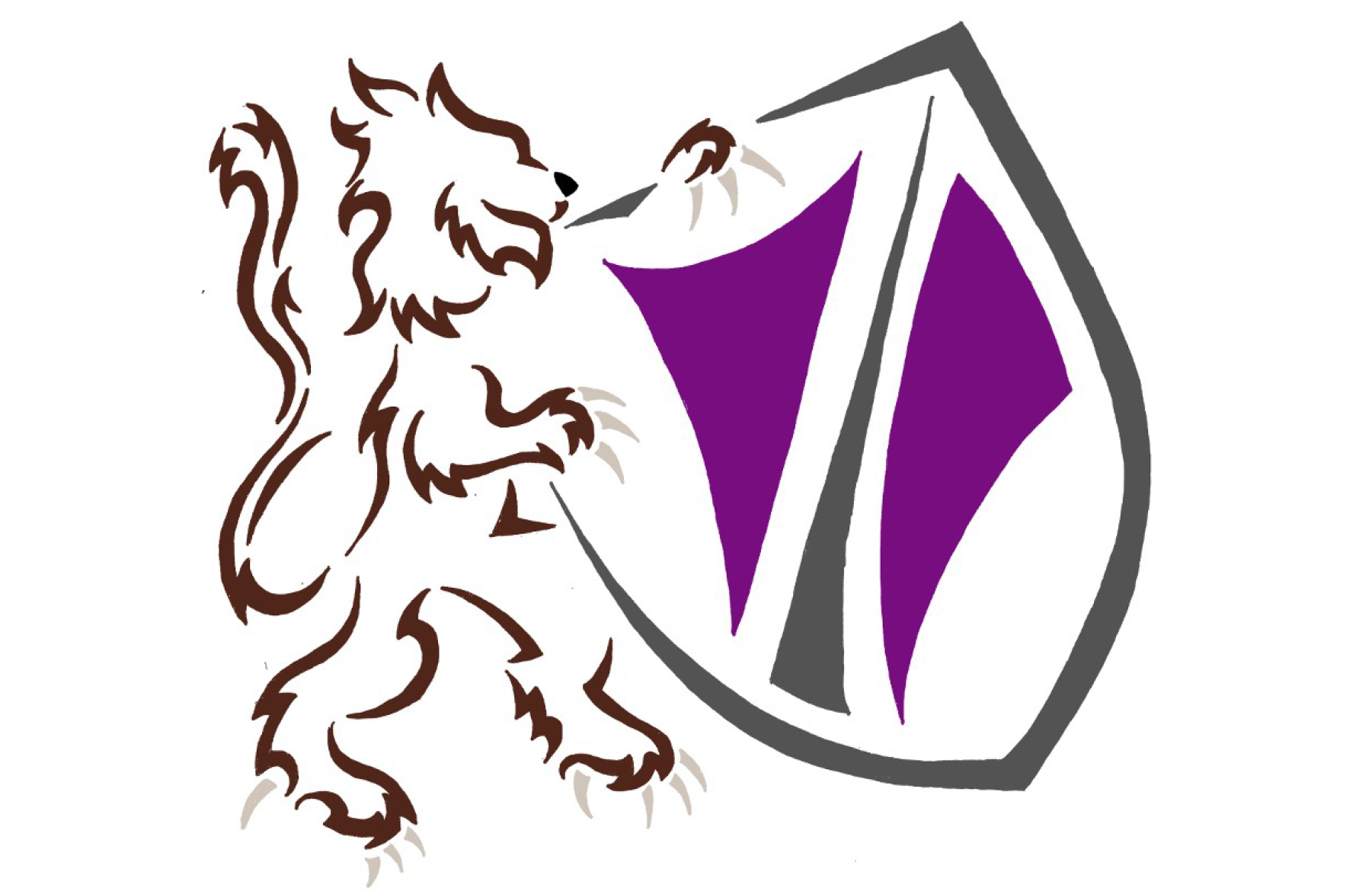 Beyond the core stakes system, however, I worry that Schema gets a bit bogged down in rules, which are even more confusing because many are introduced before the core rules for rolls and stakes are explained. Every player has a set of skills that can be ranked from 1 to 3, and players and the environment may also have a bunch of conditions, also ranked 1 to 3. Conditions cover a huge range of things: equipment (e.g. Well Equipped: Melee Combat 1), health (e.g. Hurt 1,2,3; Injured 1,2,3; Dead), the local weather, things that are nearby (e.g. Laboratory Equipment 2), and so on. These are called upon during rolls to add dice, but here the systems started to feel overly artificial. Other role-playing rulesets might cover similar things through a simple “advantage” or “disadvantage” system, to let players tell stories more naturally. If a player wants to cast a magic spell, and they’re in a wizard’s laboratory, they can gain advantage on their attempt because they have arcane instruments they can use. In Schema, everything needs to be a condition and have a numerical rating, so the same action would be trying to cast a spell and calling in the condition “magical laboratory 2” to add two dice. Why the need to specifically define a “magical laboratory” condition? Isn’t some nuance lost when everything must be described in terms of conditions of rank 1 through 3?

This only gets worse in the section on “condition clusters”, with an example given for a game about navigating a noble court full of intrigue and betrayal. Here, everything is about scandal, and a complicated tree of conditions centered around scandal (levels 1 through 3), disgrace (also with 3 levels) and eventual exile or even being actively hunted is laid out. Reducing courtly intrigue to these numerical tiers seems unnecessarily artificial to me, and players who are used to more rules-light systems that focus more on improvisational storytelling may chafe at these.

Then again, adaptability is a major focus of Schema. It’s likely possible to simplify conditions or even just abstract them (e.g. “I’ll let you get two extra dice since you’ve got the high ground” may feel more natural than “you can invoke the High Ground 2 condition”). And I do like the concept of stakes. In principle, it makes each dice roll a unique experience that can have all sorts of ramifications. That’s quite different from most roleplaying systems, where rolls are repetitive acts that tend to mostly be the same. There’s still some danger of that with Schema, of course. When playing a combat-heavy game, there will be lots of combat rolls, and those may start to feel stale after a while, with similar stakes and outcomes. Fortunately, Schema includes some specifically tailored Stakes Sheets for certain types of actions to keep them feeling fresh. Fighting is in there, of course, but also chase scenes, crafting, and exploring (“sweeping”) a location. There’s even a supplement at the end of the book called “Delvers”, which describes how to adapt Schema to cover a traditional party-based fantasy role-playing game where players will do a lot of fighting and spellcasting. It doesn’t list Dungeons & Dragons by name, but I suspect that’s what Levi Kornelsen was thinking of with Delvers, since the now-classic character attributes of Strength, Dexterity, Constitution, Intelligence, Wisdom and Charisma are listed by name, with sets of associated skills for each. All of these use the three tier ratings, and equipment is abstracted as conditions, but in Delvers health is tracked in a more traditional pool rather than through conditions.

Schema strikes me as something that’s best played with an experienced Guide who has used Schema before, but I’m sure any sufficiently experienced gaming group could enjoy it. I haven’t described every detail of the system — a notable omission is luck tokens, which let players fudge various things and encourage player-player interactions in order to gain more luck tokens — and there are also a ton of examples of settings, skills, conditions and more that players might use when playing. If a system where nothing is ever as simple as success or failure sounds exciting to you, why not give Schema a look? And check out Levi Kornelsen’s other offerings as well, since they can all work together. Don’t worry if you missed it in the bundle, because Schema — along with Levi Kornelsen’s other work — is available for free.

Scratching That Itch: The Reaper’s Almanac